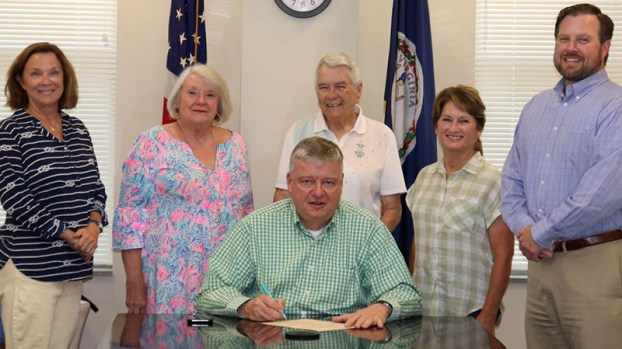 On the 234th anniversary of the Constitution of the United States, Farmville Mayor David Whitus signs the proclamation that declares the week of Sept. 17 through Sept. 23 as Constitution Week. The tradition of celebrating the U.S. Constitution was started in 1955 by the Daughters of the American Revolution (DAR). Members of the Judith Randolph-Longwood Chapter, NSDAR, observe the mayor signing.

The previously shelved River Walk project is back on track, as the Farmville Town Council voted to allow Town Manager... read more