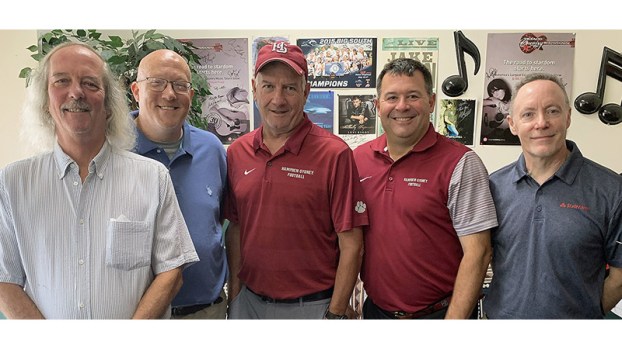 Hampden-Sydney College Athletics and WVHL Radio, Kickin’ Country 92.9 FM announced an agreement for the local station to broadcast all 10 regular season football games during the upcoming 2021 season. This is the first year for this new partnership between Hampden-Sydney and Kickin’ Country. All games will also be available worldwide via the internet at wvhl.net or via the TuneIn Radio app, and the radio broadcasts will be simulcast with the weekly H-SC live video webstream, as well.

“We’re very excited to have Kickin’ Country on board to broadcast our football games this fall,” H-SC Director of Athletics Chad Eisele said. “It’s always nice to be able to partner with an alumnus, and we appreciate station owner Steve Wall (H-SC Class of 1978) and his efforts on behalf of WVHL and the Tigers.”

The Kickin’ Country broadcast team of WVHL Sports Director Richard LeSueur and Frank Shanaberger will handle the coverage each week. Shanaberger with the play-by-play and LeSueur with the analysis. The veteran tandem are Farmville natives and have covered local high school football and basketball, as well as area youth baseball and softball for more than 20 years. In addition to all of the game action, they’ll bring you all of the news surrounding Tiger Athletics. There will also be weekly in-depth coach and student-athlete interviews.

“We are thrilled to be broadcasting Hampden-Sydney Football for the first time on Kickin’ Country 92.9 FM,” LeSueur said. “The Tigers have a long established tradition on the gridiron and our radio station is excited for all fans, alumni and community members to be able to listen on-air or online this season.”