Cannery has a long history in Prince Edward

On April 9, 1943, The Farmville Herald ran a brief, three-paragraph blurb on its front cover, posing the question to readers, “Do You Want (a) Canning Center?” In the adjacent column, the question was accompanied by another headline, “Victory Garden Classes Begin Monday; Plan Canning Centers.” 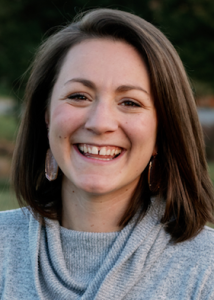 Prince Edward and its surrounding counties were eager to gauge public interest in implementing a large-scale canning program. Over the following three weeks, excitement for the new canneries swept through central Virginia with 24 citizens enrolling in the newly-established canning and gardening classes by April 16, and a whopping 243 enrollees by April 30, prompting six new classes at locations across Prince Edward, Cumberland and Buckingham counties.

The first Farmville cannery opened Wednesday, June 16, 1943, with a capacity to process 2,000 cans per day, and quickly became a “model for other state plants,” including six other facilities that opened in quick succession in central Virginia.

While conducting research for my master’s thesis, I spent many hours in the library at Hampden-Sydney College flipping through copies of The Farmville Herald on microfilm. What quickly became clear to me were the deep-rooted traditions of food production and preservation that have flourished for decades in Prince Edward County. My master’s degree is formally in folklore, studying traditions and cultural legacies of communities, with a focus in southern food history. I specifically focused my research on the history and legacy of the Prince Edward County Cannery and had the pleasure of spending many hours there during the summer of 2019, working with both the commercial and home canning branches of the cannery.

From their inception, community canning centers prospered through innovation and tradition. These dual pillars emerged from the ingenuity needed to pool resources in times of economic depression and a desire to eat locally grown produce. The present-day PEC Cannery has continued to flourish because of its commitment to incorporating both innovation and tradition into its operation in new and evolving ways.

Food entrepreneurs and farmers utilize the co-packing services offered by Virginia Food Works (VFW) as a way to market and manufacture their products and personal recipes for resale, while home canners produce their respective family recipes for personal consumption. The symbiotic relationship between tradition and innovation, between home and commercial canning, allows the Prince Edward County Community Cannery to succeed despite many canneries disappearing across the country.

Now, 78 years after Prince Edward County began to pursue the development of a public cannery, I am incredibly thankful to join in the long line of leaders who have championed this cause as the new Director of VFW.

Our former director, Katharine Wilson, is taking on a new professional opportunity, and she has left our organization in great shape to continue to carry out the legacy of production and preservation that has served this community well.

I am looking forward to digging more into the history of the cannery, canning tips and tricks and the VFW process over the next few months with you.

HANNAH EVANS is the Director of Virginia Food Works and can be reached at info@VirginiaFoodWorks.com.

Pastor Faith Jones and the Union Branch Baptist Church congregation honored the senior members of their congregation at the 142nd... read more