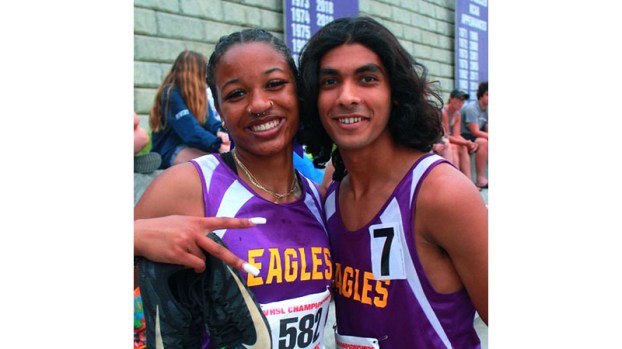 Senior Haniyyah Johnson led the girls team to a third-place overall finish at the meet with three individual state championships. Johnson won the long jump with a leap of 17-7.5. She won the 100-yard dash with a time of 12.72 seconds and then won the 200-meters in a time of 26.05. Johnson also finished second in the shot with a personal best throw of 39-0.25.

Junior Aaliyah Bell also placed for the girls team. She tied for fourth in the discus with a personal best of 101-7. Bell also placed 10th in the shot. Junior Saye Woodard placed seventh in the long jump with a jump of 15-3 and was eighth in the triple jump with a distance of 31-6. Junior Laila Jones competed in the 1600 and sophomore Dejanira Pearl competed in the triple jump but did not score.

Senior Saad Khan took fourth in the 800 meters with a time of 2:10.29. Senior Omarion Allen made the finals in the discus with a personal best throw of 114 feet.

Six Longwood student-athletes representing five different programs were honored for their success both on the field and in the classroom... read more