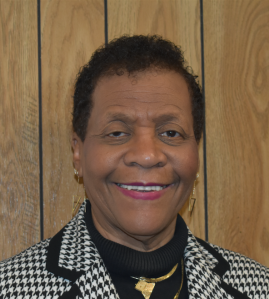 The discussion came during the school board’s Wednesday, May 5, meeting at the administration building.

Johnson said the capital application including the elementary school and one other project would be delivered to County Administrator Doug Stanley Friday, May 7.

“If you all have not been up to that school, you need to take a look at it,” School Board Vice Chair Beulah Womack said, describing a visit to the school with other administrators. “The school is in worse condition that I thought it was. I was totally, totally surprised.”

She said the school is not a place children should be learning.

Board member Dr. Timothy Corbett said the school facilities are basically the same as they were 20 years ago when he came into town.

“The campus has not improved any. It has continued to deteriorate for 20 years,” Corbett said. “Nobody has done anything to improve.”

Johnson said passersby see a different view of the school facilities than those who use them on a daily basis.

“Our campus, riding through, is beautiful. Our maintenance staff does a wonderful job,” Johnson said. “We do a beautiful job with what we have, but what we have at this point is outdated and deteriorating for several different reasons. It is the same campus it was 20 years ago, but times have changed and technology has changed.”

The Prince Edward County Board of Supervisors has been considering elementary school improvements. A recent 4-cent property tax increase was approved with school improvements as one of the reasons for the increase. The majority of the supervisors currently appear to be leaning toward replacing the roof as quickly as possible rather than building an entirely new school.

Johnson told the board she understands the county may consider other options such as just replacing the roof or planning other renovations along with fixing the roof.

She encouraged school board members to reach out to members of the Prince Edward County Board of Supervisors to individually make sure they understand the situation.

The board is also submitting a second capital improvement project to remedy issues with the track at the high school.

“These are two things that we have been discussing for years,” Johnson said. “I want to make sure we get at least a skeletal application in. I want to make sure that Prince Edward County Public Schools is clearly represented in this process, recognizing that there will be a discussion around what will happen with capital improvements in the county.”