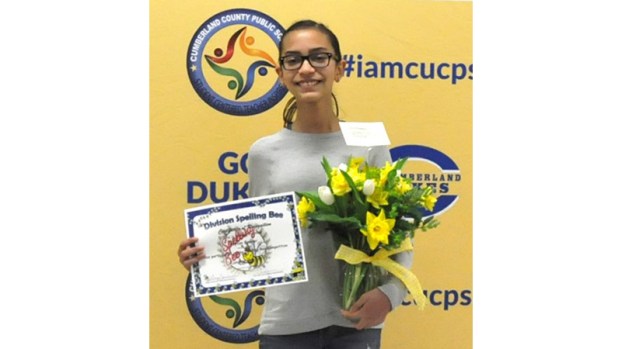 Peyton Turner, a sixth grader at Cumberland Middle School, was recognized by the Cumberland County School Board at the April 1 meeting for winning the district spelling bee. She competed against other grade level winners in first through eighth grades to receive the honor. She was presented with flowers by Michael Camden, principal of the Cumberland Middle School, as well as a certificate signed by Ginger Sanderson, chairperson of the School Board. In addition, she received a trophy for her accomplishment. She is the daughter of Jennifer and Michael Turner of Cumberland.

Margaret Katherine “Kathy” McCutcheon has been named Division Teacher of the Year for Cumberland County Schools. She will be eligible... read more