A Prince Edward County native was recently tapped by the Biden Administration to lead the nation’s senior volunteer program.

Atalaya Sergi, originally of Prince Edward, was recently appointed to serve as the director of AmeriCorps Seniors and its three flagship volunteer programs: Foster Grandparents, RSVP and Senior Companions. 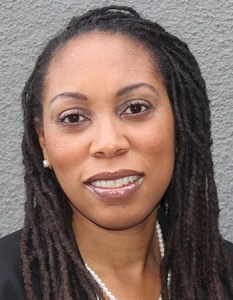 According to a release from AmeriCorps, the federal agency is dedicated to national service and volunteerism, offering older Americans opportunities to safely engage in community service in their local communities. The organization partners with thousands of nonprofit, faith-based, tribal and community organizations to recruit 270,000 members each year to serve in more than 40,000 local communities.

Officials noted Sergi, a graduate of Prince Edward County High School, will join the Washington, D.C.-based federal agency as part of the Biden Administration in order to lead efforts that bring older Americans together to tackle some of the country’s most pressing challenges, “including providing mentoring services to school-aged children and youth, services that allow more older adults to stay in their homes with companionship and support from peers and additional service opportunities that range from environmental conservation to free tax preparation to supporting COVID-19 vaccination clinics,” the release said.

Sergi will lead the agency’s efforts to recruit more senior volunteers and expand those program into new neighborhoods using the additional $1 billion investment announced for AmeriCorps in the American Rescue Plan, officials stated.

Sergi, the release states, is the daughter of Cornelius Jones Jr. and Pheaby D. Jones (deceased) and the stepdaughter of Barbara D. Jones.

She began her career as a social worker and school counselor in the Charlottesville Public School system and more recently served as vice president of strategic partnerships and programming at Jumpstart for Young Children, Inc. in Los Angeles.

Sergi is also the co-founder of Generation to Generation Los Angeles, an organization which focuses on engaging older adults to support young children across Los Angeles County.

The United Way has allocated $28,000 to its 21 partner organizations in this, the first of two rounds of donations.... read more