Many Virginia public school students are returning to the classroom after a year away, but their access to school meals never stopped.

No Kid Hungry Virginia recently hosted a discussion with three administrators to highlight how their districts made school meals available despite the pandemic. No Kid Hungry is an organization that works to make sure children have access to proper nutrition. 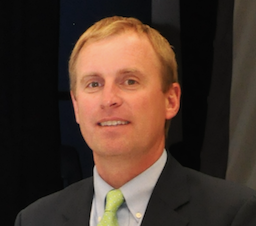 “When schools closed last March … we knew right away that we still had to feed our students,” Chip Jones, superintendent of Cumberland County Public Schools, said. “That was the priority.”

Cumberland schools gave children a week’s worth of food at a time to take home. The pandemic made Jones appreciate the resources at Cumberland’s disposal, he said. It also made him think outside the box for getting meals to students.

“School nutrition workers are usually some of the lowest paid professionals in the school community,” Jones said. “Yet, they were willing to take on one of the biggest jobs and be on the front lines.”

“Nutrition teams are superheroes,” Mitchell said. “They never complained about coming to work. They found a way to do it.”

Larry Wade, director of school nutrition at Chesapeake Public Schools, said staff only had a weekend to come up with a plan to feed students once schools closed.

The department developed multiple distribution models to get food to families, Wade said. That included “grab and go” service at schools and used school buses to transport multiple days of meals to families.

Fairfax County Public Schools also utilized the bus delivery system. Mitchell said some students didn’t have transportation to get to the “grab and go” sites.

A No Kid Hungry study found that 47% of American families live with hunger. The statistics are worse for Black and Latino families, 53% and 56%, respectively.

“Students of color are disproportionately impacted by the hunger crisis,” Mitchell said. “When it comes to equity, we must focus not only on school meals, but on transportation and public health issues as well.”

Fairfax County also added weekend meal pickups for those that couldn’t make it to the weekday grab and go locations, Mitchell said.

“It’s all about access,” Mitchell said. “When we talk about equity, it’s about making sure we provide our students with exactly what they need.”

The first wave of Mount Vernon Woods students returned to the classroom this week. Mitchell said with students in the building, it will help remove the “stigma that resides in standing in line at a grab and go site.”

“We are able to now serve more kids in the building,” Mitchell said. “I’m super proud our food service staff is ready to go in the morning with our meal service and our breakfast service by delivering meals to teachers at their door.”

Chesapeake, Cumberland and Fairfax school districts are among many in the state that provide free meals for students with U.S. Department of Agriculture waivers that were extended until Sept. 30.

The waivers provide a form of “universal meals,” Del. Danica Roem, D-Manassas, said in a February interview with Capital News Service. Roem is part of a national effort to establish universal school meals, or free school meals for all children, not just those who qualify for reduced breakfast and lunch. The General Assembly passed eight school meal bills since 2019 that Roem introduced. She said she won’t stop introducing these bills until the problem is solved.

“My ultimate goal is for universal free breakfast, free lunch that meets all of the USDA guidelines and standards available to any student who wants it without question, without payment,” Roem said. “Anyone who’s hungry eats.”

“The waivers and flexibilities that have been offered, have opened the opportunity to see our program through a different lens and perspective,” Wade said. “By allowing students to receive meals regardless of their economic status, it’s allowed our communities to come together to support a need that’s always been there.”

Mitchell said the waivers are a start, but there are still things to be addressed.

“I think all children in this country should be fed when they walk through our doors, regardless of what school they’re in,” Mitchell said. “It’s a hunger issue, it’s an American issue, it’s an issue that we have to deal with directly, and I thank the USDA for taking the initial steps, but we still have work to do.”

Elementary, middle and high school yearbooks serve to immortalize a year of school life. Across the glossy pages, you would... read more