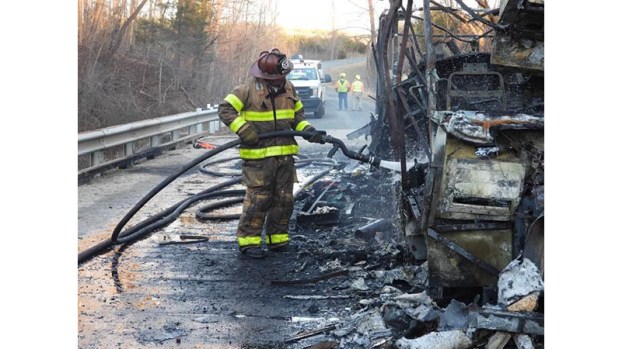 Crews from Toga Volunteer and Dillwyn Volunteer Fire departments responded to a recreational vehicle (RV) that was on fire on a bridge on Perkinsville Road Tuesday, Feb. 23. Buckingham County Director of Emergency Services Cody Davis said no one was hurt in the fire, and crews had the fire under control in about an hour. He said that the RV was being towed and the driver unhitched it on the bridge. The bridge is over the Slate River, which led to efforts by the Buckingham County Department of Emergency Services and crews to catch as much of the fuel and sewage that came from the RV as possible downstream using hazmat resources.

This article has been updated from its original version. A Prince Edward County resident was medflighted to VCU Hospital Tuesday,... read more