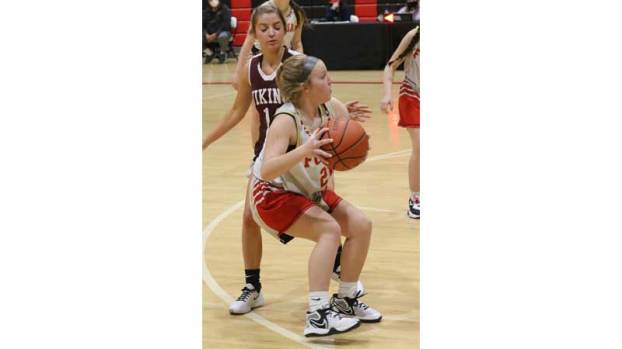 After being held scoreless in the first quarter and having only 10 points at halftime, Fuqua found its confidence in the second half, challenging the Lady Bearcats before narrowly falling 35-31.

“Overall, I was really, really proud of them,” Fuqua Head Coach Emily Murphy said of the Lady Falcons. “They never gave up, and the whole game, they always knew that they had a chance.”

She described the turning point for her team.

“After halftime, we went in, and they were still kind of playing timid a little bit, but then all of a sudden something clicked,” she said.

Fuqua, which had been held to three total points in its Dec. 8 season opener, sprang to life on offense Friday in the second half, even taking the lead in the waning moments. Meanwhile, its second-half defense continued to show strength, holding Banner Christian to only five points in the fourth quarter.

Leading the Lady Falcons on offense was junior center Hadley Puckett, with 17 points.

“We just kept on getting the ball down low, and she would just go up for a layup,” Murphy said.

“I thought we had a good attitude the whole game,” she said. “In the fourth quarter, we actually held the (Lady Vikings) to two points.

“In the third and fourth (quarter), we started to do a press,” she continued. “Our defense was good. And then some things that we have to work on is taking more shots. We only took 20 shots the whole game, so I think that number needs to be around the 40 area.”

Fuqua’s players gained valuable varsity playing experience throughout the game as Murphy rotated in the entire roster, which included some first-time players.

The Lady Falcons (0-2) are set to return to action Friday, Jan. 8, when they host Blessed Sacrament Huguenot School at 5 p.m.

A lifelong dream for Mattison “Matt” Kinne came into focus when he recently signed to play collegiate baseball at Hamilton... read more