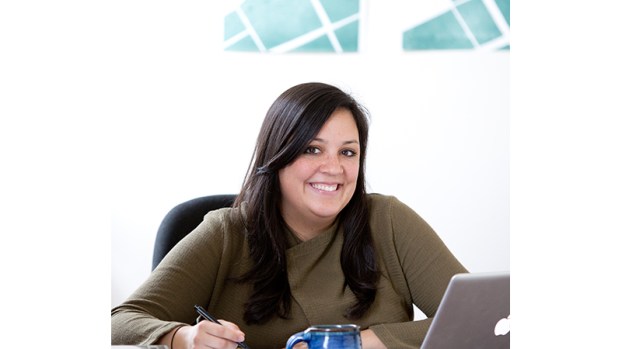 In her time serving Prince Edward County, Kate Pickett has carried on a family legacy that stretches back 30 years.

Her father, Jonathan Pickett, served the county from 1990 to 2013, and she followed in his footsteps in March 2018 when she joined the county staff as both Prince Edward’s director of economic development and its public information officer.

Wednesday, Dec. 23, will be her last day in those roles, but she will continue to be able to serve the county in her new job at the state level, working for the Virginia Department of Housing and Community Development as its Enterprise Zone Program administrator.

Pickett, who was born in South Boston, spent the first eight years of her life in Nottoway County before moving to Prince Edward County when she was 9 years old.

She said her dad and her mom, the latter of whom has been a nurse her entire career, always instilled within her and her sister the values of hard work and integrity and consistently lived those values every day.

“I grew up seeing how much both of them loved their work and this community and how dedicated they were to their work, and that, in itself, inspired me and continues to do so,” Pickett said of her parents.

However, this did not mean she naturally wanted to follow a similar career path to that of her father.

“I remember literally saying to my dad once when I was a young teenager, ‘I would never want a job like yours,’” Pickett said. “Funny how things happen.”

They ended up following similar tracks in college and as public servants.

“My dad and I both earned our Master of Public Administration degrees at Virginia Commonwealth University,” Pickett said. “We even had one of the same professors. My dad worked for Prince Edward County as director of planning and community development from 1990, when just a few years out of college, until he passed away in 2013.

“I remember that on my first day in my office at the (Prince Edward County) Courthouse, I was going through some files and saw a document with his name and signature. It was a good reminder of him and the work that he had done and that he was there with me, that day and always.”

She said she was motivated to take the county economic development position after talking with county administration and realizing it was a position she was interested in and that would move her career forward.

“Most importantly, it was still in the community in which I live and that I love, and it would allow me to participate in moving the community forward with positive growth,” she said.

She noted that so much happens at the local level that can be changed and advocated for by citizens.

“Often, we feel like we can’t make a difference at the federal or even state levels, but local government is less overwhelming and is in our backyard, and we know the people,” she said. “Most people feel more confident about being a part of their local government, and there’s something really exciting about that.”

Pickett said the most fulfilling part of her work with the county occurred when she was working directly with citizens and business owners.

“Most recently, managing the Industrial Development Authority grants and the CARES Act grants that went to our businesses was a lot of work, but it was some of the most rewarding work I’ve done with the county,” she said. “Being a small part of their experience in receiving the financial aid that they need to stay in business was very humbling.”

She emphasized how achievements in local government are very rarely that of one person, rather involving a whole team of people who are dedicated and hardworking. She then highlighted a major achievement of such a team.

“I am really proud that I was part of the county purchasing the property to market as a data center site,” she said. “Landing a data center in our county will be huge for the region’s economy.”

She added that one of her goals as the county’s public information officer was to give the general public a better idea of what was happening in the county.

“I hope I have done that through various presentations and panels through the (Farmville Area) Chamber of Commerce, the Rotary Club (of Farmville) and other opportunities that were presented, as well as through press releases and public service announcements,” she said.

Work can always become more difficult when accompanied by challenges outside of work, be it COVID-19 or otherwise. Pickett noted that for her, 2020 has been one of the most challenging of her 33 years of life.

“I started out the year knowing that I might have cancer,” she said. “In March I had major surgery and literally the day after, the governor shut down everything. It was cancer and the COVID scare all at the same time.

“Cancer is scary and is, unfortunately, something that too many of us have been faced with, but it really puts life into perspective,” she continued. “It is a reminder that what is most important is the people you love and making sure they know you love them and making memories with them.”

She said her mom and dad have always instilled that within her and lived that as well.

“But it rang even more true when I was diagnosed with cancer,” she said. “The county was so good to me during my time dealing with cancer, and I couldn’t have asked for more caring and understanding employers.

“By May I was back to working and excited about it. I am cancer-free and feel lucky to have more time with the people I love, most importantly my two kids, Jack and Addie, who are my whole world.”

Pickett has built up experience as a public servant with both the Town of Farmville and now the county, and while the county administrator position was open for part of 2020, she said she did not apply for it.

“At this time, I do not have the experience necessary to be an effective county administrator,” she said. “I would need more time and experience in local government in order to be a candidate for that position. I also have two young children and cannot commit to a job that is on-call all the time, as the county administrator position is.”

However, county administrator is a position she would definitely consider in the future if she had the opportunity, she said.

As Enterprise Zone (EZ) Program administrator, she said her role will be to design and provide a program of community economic development work that focuses on the day-to-day activities of the Virginia Enterprise Zone Program throughout the commonwealth of Virginia, including technical assistance and training to EZ sites and providing assistance through grant support and management, data tracking and ensuring the effectiveness of the Community Revitalization Office programs in revitalizing Virginia communities.

“I will miss working for the county, but am excited for this new opportunity and for being able to move forward with it while still living and raising my family in this place that I love,” she said.