Students should return to the classroom

Gov. Ralph Northam has finally called legislators back to Richmond for the special session to work on the budget. The General Assembly will convene August 18.

We still have few details about the special session called by Gov. Northam, but what we have learned has been disappointing.

Reopening our schools will be one of the most pressing challenges facing Virginia this fall, yet neither the majority party nor Gov. Northam made any mention of schools in the special session announcement. Instead, Democrats have said they’ll focus on the budget and “criminal justice reform.” 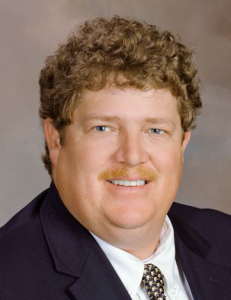 To date, we’ve seen no concrete ideas, bills, or any other information that would point us toward proposals that can be discussed in detail. What we have heard is suggestions for non-starters such as defunding our law enforcement agencies, or defelonizing assault on law enforcement officers.

A significant amount of the criminal justice reform proposed by Democrats amounts to letting criminals out of jail early, easing sentences, and generally falling back into a soft on crime stance.

They also have floated proposals to defelonize attacks on law enforcement. Police aren’t perfect, but they’re the only thing that separates us from chaos. Without police, the unarmed are at the mercy of those who are bigger, stronger, or better armed.

Republicans stand with law enforcement, and we will fight any attempt to defund their departments or defelonize attacks on them.

Virginia’s truth in sentencing reforms worked. We have a low crime rate and the lowest rate of recidivism. Criminals here know if they offend, they go to jail. Democrats would reverse all that and institute a cash bail reform that would let dangerous criminals walk out of jail, not unlike what recently happened in New York City.

I have heard from many of my constituents about how the 2020-2021 school year will look for our students and teachers. With the second half of the 2019-2020 school lost due to the ongoing pandemic, many are eager to see their children back in the classroom this fall. Reopening our schools during this pandemic will require safeguards to ensure the health and safety of our children, teachers, and other support staff.

The American Academy of Pediatrics (AAP) recently released guidance for reopening schools in the fall. The AAP stated that their guidance “strongly advocates that all policy considerations for the coming school year should start with a goal of having students physically present in school.” They went on to say that “schools are fundamental to child and adolescent development and well-being.” The science and data show that all students should be back in the classroom on a regular basis this fall. It’s evident that children rarely transmit COVID-19 between themselves and adults.

The governor needs to go back to the drawing board and give local divisions the ability to safely offer five-day classroom instruction.

My Republican colleagues and I are prepared to introduce legislative changes in the upcoming special session if the governor fails to rework his school reopening plan. Virginia currently has the resources necessary to ensure students and teachers can return to the classroom safely and ensure further education isn’t lost.

There is no question that we are currently facing a public health crisis, but Gov. Northam’s lack of leadership has caused confusion and fear for our local divisions as they work to bring our students back to the classroom. His guidance has caused confusion on how to comply with his mandates, as well as fear of being sued for not properly implementing them. I worry that the lasting impacts of a disrupted school will be felt for years to come.

What we’ve seen from the governor is an unworkable plan that considers only one aspect of closed schools and fails to recognize what happens to students who aren’t in the classroom. Many students in the 59th don’t have access to high speed internet and computers — they rely on in-classroom instruction to further their education.

While some districts can provide these services to their students, I worry that under this current reopening plan, many students will be further left behind in their educational pursuits. Additionally, our youth need social interaction. Developing social skills through interactions with other students is equally as important as studying mathematics and sciences.

I want to hear from you on your thoughts about how Virginia should proceed for the upcoming school year. My office hosted three virtual education town halls for Appomattox, Buckingham and Campbell County school districts. Those town halls can be viewed on my Facebook page or requested through email.

Republican senators and delegates are united in calling for the option of students returning to the classroom full time in the fall. Gov. Northam immediately accused Republicans of “playing politics,” even though both the CDC and the American Academy of Pediatrics both say students should return to school in the fall. It’s not ‘politics’ to want the best possible education for our children.

Teacher’s associations (Virginia doesn’t have public sector unions — yet) across Virginia have responded strongly opposing a return to the classroom, instead opting for virtual education.

Democrats have begun to accuse Republicans of racism for supporting school reopening, despite the fact that children in minority communities are often the ones most impacted by school closure.

Virginia Democrats continue to blame the situation in Virginia on President Trump. They seem to have forgotten which party is in complete control of state government now.

Gov. Northam’s failure to lead continued with his team’s inept handling of school reopening. After his administration put out an unrealistic 130-plus page document detailing how schools should reopen, parents revolted at the awful plans that came as a result. Northam then punted responsibility to local school boards, saying that they, not his administration was responsible for reopening plans.

In last week’s press conference, the governor flip-flopped, again, telling us that businesses licenses would be on the line if they did not enforce masks, when just two months ago, he stated in a press conference that the businesses would not bear the weight of that decision. Repeatedly during this pandemic, the governor has overreached and abused his powers under the many executive orders being mandated.

It is an honor to represent you and the 59th District of Virginia. I encourage you to sign up to receive emails from my office and follow my Facebook page as I am frequently updating both with resources and links to important information. If you should need any assistance, please do not hesitate to call my office at (434) 821-5929 or email me at DelMFariss@house.virginia.gov.

Law enforcement to be topic of discussion in special session

I appreciate all the calls and emails I have received over the past couple of months from my constituents regarding... read more