Longwood University’s athletics department is showing signs of life after a dormancy in the spring and early summer brought on by the COVID-19 pandemic.

Lancers are beginning preparations in anticipation of a potential fall sports season. 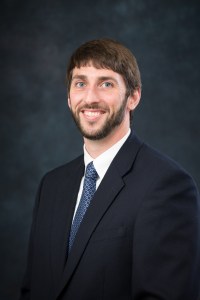 “We have a small group of student-athletes who have returned to campus and have been cleared to participate in athletic activities,” Longwood Assistant Vice President for Athletics Communications Chris Cook said.

With some still asking whether indicated Longwood is keeping a watchful eye on how circumstances are developing across the country.

For now, the Lancers do have specifics they can focus on in terms of the fall and are preparing with the expectation a season will happen.

“In line with the university’s start of the fall semester Aug. 24, the athletics department is preparing for the start of our fall sports season,” Cook said. “This year we pushed the start date for those sports to after Sept. 1, which will allow the university and our department the necessary time and resources to ensure a safe return for our athletes and general student body.”

He explained how the university’s athletics department leaders are thinking about their student-athletes’ safety each step of the way this summer. Preliminary testing is part of the department’s plan for the safe return of student-athletes to campus.

“Upon their arrival, all student-athletes will be tested and isolated until their test result comes back,” he said.

As of Friday, July 10, he said one individual had tested positive for COVID-19 upon their arrival.

“They are asymptomatic, and all university procedures and protocols regarding quarantine and care have been followed closely,” he said.

“Among those measures are preliminary and intermittent testing, routine checks for symptoms and limitations on training,” he said. “Our protocols are similar to those at schools across the country and, more importantly, align with direction we have received from the (Virginia Department of Health) VDH, NCAA, Big South Conference and our own health care professionals.”

He emphasized Longwood has done detailed and careful planning for the return of student-athletes as well as students, more generally.

He said university officials, including athletics administrators, remain in regular contact with the VDH to ensure all protocols are aligned with the most up-to-date medical guidance.

“Additionally, the athletics department’s COVID task force subgroup is also in regular contact with the NCAA and Big South Conference for athletics-specific developments and guidelines,” he said.

The Ivy League announced Wednesday, July 8, that it will not be possible for its teams to participate in intercollegiate athletics competition prior to the end of the fall semester, though the league left room for the possibility of its fall sports being played in spring 2021.

Cook noted the Ivy League’s decision impacted Longwood’s fall schedule in only one instance. The Lancers field hockey team had been scheduled to play against the Ivy League’s Columbia University, but that game has been canceled.

The Patriot League announced Monday, July 13, it was also canceling all sports activities for the fall semester.

The tectonic plates of Longwood University athletics and NCAA Division I softball in the region shifted June 26 with Kathy... read more