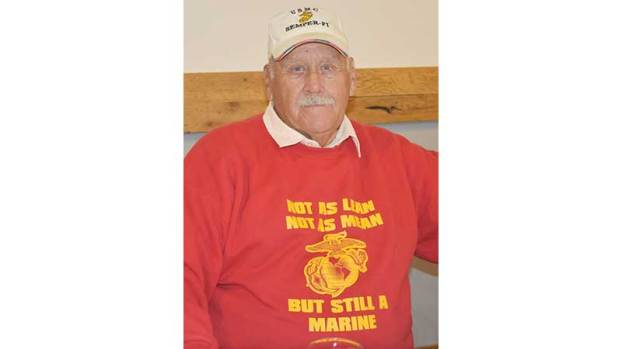 Sgt. Maj. Thomas M. Hicks was retired from the U.S. Marine Corps. He served in the Vietnam War. On the Veterans of Foreign Wars Post 7059’s Facebook page, he was described as one of the post’s most dedicated and stalwart comrades.

According to information from the Virginia State Police (VSP), Thomas M. Hicks was driving on U.S. Route 460 just west of Route 695 at 8:28 a.m. when his 2008 Chevrolet Equinox ran off the right side of the road, striking a ditch, an embankment and then overturning several times.

Hicks was transported to Centra Southside Community Hospital where he died from his injuries. He was not wearing a seatbelt, according to the VSP report. The crash remains under investigation.

Hicks was retired from the U.S. Marine Corps. He was also quite active with the Veterans of Foreign Wars (VFW) Post 7059, based in Farmville.

Fred Hill, past commander of Post 7059 and current District 4 commander Department of Virginia, said Hicks served two tours in Vietnam as a sniper and retired as a sergeant major.

Michael Perutelli, a past commander and quartermaster of Post 7059, said sergeant major in the Marines is the highest rank for an enlisted personnel.

“After his service to our country, he was a tireless worker for any veteran in need throughout his civilian life,” Hill said. “He was an original board member of the Piedmont Area Veterans Council (and) worked the Veterans Administration homeless veterans program. He was a member of American Legion Post 38, Vietnam Veterans Association and Veterans of Foreign Wars Post 7059, where he held the offices of commander, Officer of the Day, facilities manager and District 4 Officer of the Day. He lived and breathed U.S. Marine.”

“Tom possessed a larger-than-life personality, which he used for the betterment of his fellow veterans in any way he could,” the post stated.

Lynn Vipperman, who has served as part of the VFW Auxiliary, gave some additional insight into who Hicks was.

“He was a very dedicated man to his service of being a Marine,” she said. “He was very interested in helping veterans of all categories, and charity work. There was never a day he would miss a meeting. He was always diligent, very on time, very respectful, very kind, soft spoken, and he was very highly respected among the veterans of all posts and auxiliary and those who came to know him.”

She described him as a very laid back individual, but one who became very serious and focused when things came down to business.

“He was just one of those guys you just couldn’t say enough about,” she said.

Vipperman explained how Hicks demonstrated his dedication to veterans.

“If somebody had a problem that was a veteran, he went out of his way, over and beyond, honestly, to ensure that they’d get the right information, direct services, and he would even pinpoint exactly where they could go to get those services taken care of at the time that they needed (them),” she said.

She noted he would go to nursing homes and see if he could help veterans there and also called veterans’ families to see if they needed anything or to ask how they were doing if they had lost a loved one.

“He was very good at sending cards out,” she said.

Helping illustrate the positive impact Hicks had even on those whom he only occasionally interacted with, Bernice Scott was among those who took time to comment about his passing on Facebook. She later offered a summary of her interactions with him during an interview.

“I met Mr. Hicks when I worked at a convenience store in Prospect a few years ago,” Scott said. “He came into our store very often. Very nice man! Other than that I didn’t know him on a personal level. He was always very, very nice to me when he came into the store for gas, chicken, etc.”

Although Virginia Department of Health’s (VDH) website shows what at a glance seems like a dramatic increase in novel coronavirus... read more