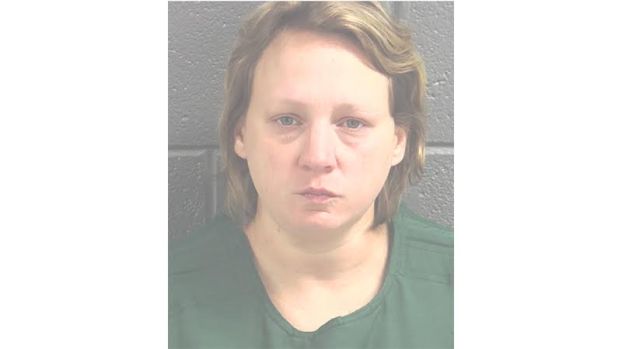 Cristen Reeves Given, 33, has been arrested and charged with first degree murder in the shooting death of her husband, Chad Steven Given, 33. (Photo courtesy of Piedmont Regional Jail)

A fatal shooting in Buckingham County Saturday night, June 20, has led to first-degree murder charges for a New Canton woman in the death of her husband.

Cristen Reeves Given, 33, was taken into custody and charged with first-degree murder in the apparent shooting death of her husband, 33-year-old Chad Steven Given.

According to Buckingham County Sheriff’s Office Investigator Brent Uzdanovics, a call came into the office at approximately 9:01 p.m. Saturday from a female advising her husband had been shot. The caller was unsure if her husband was responsive at the time.

Deputies and Virginia State Police arrived at the scene in the 300 block of Petersville Church Road in New Canton to find the body of Chad Given.

Officers initiated an investigation and the body was taken to the Office of the Chief Medical Examiner for an autopsy.

Cristen Given is being held without bond at Piedmont Regional Jail in Farmville. The investigation is ongoing.

Since shutting down the campus and sending students home shortly after spring break in mid-March, Longwood University has had a... read more