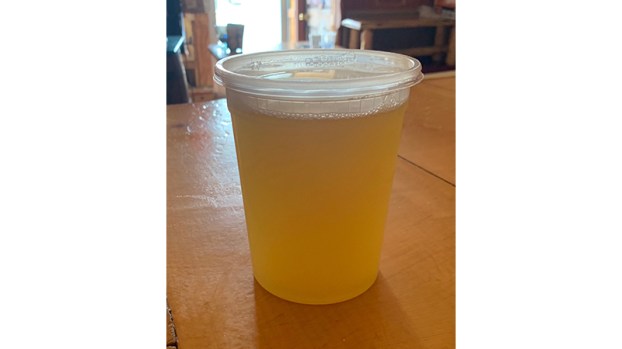 El Patron in Farmville has begun selling its margaritas in to-go cups after Governor Ralph Northam issued an executive directive allowing businesses with mixed drink licenses to sell cocktails with delivery and takeout orders. All restaurants must use a cup without a sipping hole or perforation for straws, among other stipulations.

The directive also authorized ABC to defer annual fees for restaurant/distillery licenses and permits that would be up for renewal through June. The executive directive means ABC will defer the collection of license renewal fees for 90 days from the original expiration date for establishments with licenses expiring in or between March and June of this year. Penalties normally associated with the late payment of such fees will be waived.

A release from the Office of the Governor notes that if a business loses its license it will have to go back through the application process, which takes a minimum of 30 days.

“This deferral will allow more than 6,000 licensed retail, wholesale and manufacturing businesses to reopen and conduct business more quickly once the crisis is passed,” the release noted. “An estimated $4.5 million in payments will be deferred.”

“This unprecedented health crisis has had a tremendous impact on businesses across the commonwealth, and restaurants have been hit especially hard,” Northam said. “Allowing restaurants and distilleries that remain open to sell mixed beverages with takeout or delivery orders will help them augment their revenue streams, so they can continue serving their customers and employing Virginians. These actions will give establishments with mixed beverage licenses greater flexibility to operate while their dining rooms are closed.”

The governor’s directive on the sale of mixed drinks to-go went into effect Friday, April 10. However, it did come with certain stipulations.

According to Virginia ABC’s website, distillery licensees are limited to a maximum of two mixed drinks per delivery or takeout order that must contain 1.5 ounces or less of spirits per drink.

Mixed drinks must be packaged in a glass, paper or plastic container (or small disposable container) or in a single original metal can with a secure lid or cap designed to prevent consumption without removal of the lid or cap. This means that lids with sipping holes or openings for straws are prohibited.

Of course, all recipients of delivery orders must be at least 21 years of age.

La Parota Manager Jay Solorio said Thursday, April 9, the restaurant was on the hunt for lids without straw holes or sipping holes. As of Monday morning the business had acquired the special lids and was ready to begin offering its margaritas to-go come Tuesday, April 14.

El Patron owner Johana Madrigal said her business also acquired the special lids over the weekend and will be selling mixed drinks with takeout orders.

Krystal Edwards, general manager of the Farmville Applebee’s, said Monday the eatery was able to use to-go soup cups in order to meet the new regulations. Edwards said the cups only had a small ventilation hole too tiny to fit a straw in, which the business is covering up with a sticker. She added Applebee’s is only offering three cocktails with their to-go orders; a strawberry-vodka lemonade, a house Long Island iced tea and a house margarita. The beverages will be distributed sans ice so customers can add ice cubes if desired once home.

After dampening area Easter celebrations, the COVID-19 pandemic has now taken area fireworks displays away from the Fourth of July.... read more