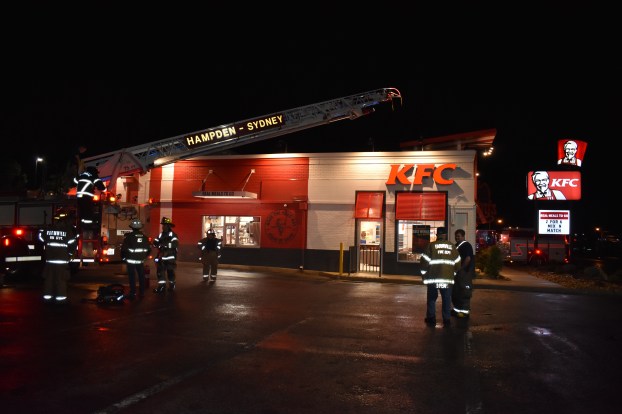 Crews from Hampden Sydney, Rice and Farmville responded late Friday night to the report of a small fire at the Farmville KFC. (Photo by Alexa Massey)

Several different fire departments were on scene at the Farmville Kentucky Fried Chicken (KFC) restaurant late Friday night, March 20, after responding to a call regarding a fire in the restaurant’s HVAC unit.

Lt. Carson Rubin of the Farmville Fire Department said the call for the small fire went out at approximately 8:30 p.m.

Rubin said flames were only briefly visible from the top of the building and the fire was extinguished within 30 minutes.

No injuries were reported.

Crews from Hampden Sydney, Rice and Farmville respond to the incident.

The Old Dominion Athletic Conference (ODAC) announced Friday afternoon, March 20, that it had made the decision to cancel the... read more