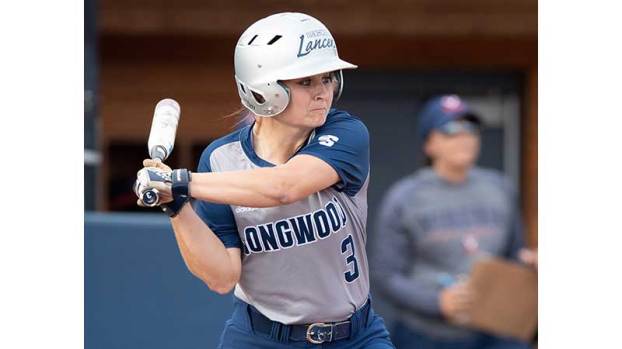 Early offense helped the Longwood University softball team to split the final day of The Spring Games as the Lancers bested Creighton 3-2 but fell to Bethune-Cookman, 7-4, Sunday, March 8, in Longwood, Florida.

The Lancers’ offense scored in the first inning of both games and scored four of its seven runs before the third inning.

Longwood’s seven runs came off of 12 hits, including two home runs off the bats of Alexis Wayland and Sydney Jacobsen.

Destiny Martinez led the Lancers at the plate with three hits on the day. Wayland, Mason Basdikis, Jacobsen and Kasey Carr finished the day with two hits each, combining for 11 of the Lancers’ 12 hits.

In the circle, Sydney Backstrom picked up her seventh win of the season for her performance against Creighton University.

The split improves the Lancers to 8-11 on the season, as they have played all 19 contests away from Lancer Field, with the last 15 games coming in the Sunshine State.

On Saturday, March 7, Longwood defeated Valparaiso University 4-3 and Niagara University 16-2. The day prior, the Lancers fell 6-0 to No. 11 Florida State University.

Longwood will now head north and prepare for its home opener March 11 against the University of Rhode Island. The Rams and Lancers have met once already this season, with Longwood getting the best of Rhode Island in the season opener at the Elon Softball Classic, 5-2.