The championship finale of the Southside Piedmont Junior Golf Association was held Thursday at Emporia Country Club, with several golfers from the area standing out, including Emily Erickson, of Farmville, who won the Girls 14- to 17-year-old division. 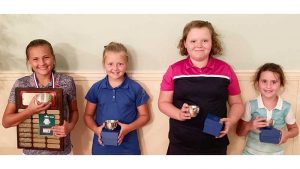 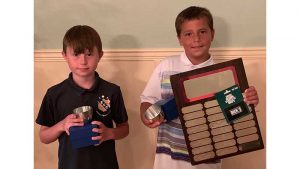 Those placing in the Boys 7- to 9-year-old division included, from left, Mason Jones, second place; and Caleb Conner, first place.