A help in serving warrants

Q: What is a sealed indictment? 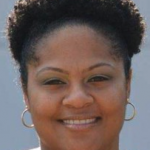 The law basically states that given a certain reason, the indictment may remain unnamed until the capias has been served.

“There are times when the prosecution may not want an individual to know that an indictment is outstanding against him/her,” said Prince Edward County Commonwealth’s Attorney Megan Clark. “The key is that we have to have good cause to keep the indictment sealed — or secret — from the individual and community.”

She said an example would be if the defendant’s indictment is a part of a larger investigation, the prosecution may need to keep things confidential and secret until further along in the process.

“There may be concerns about individuals fleeing, destroying evidence or witness tampering,” Clark said.

New machines in place for voting

Q: Why did Prince Edward County purchase new voting machines? What will be different about the new machines when we... read more