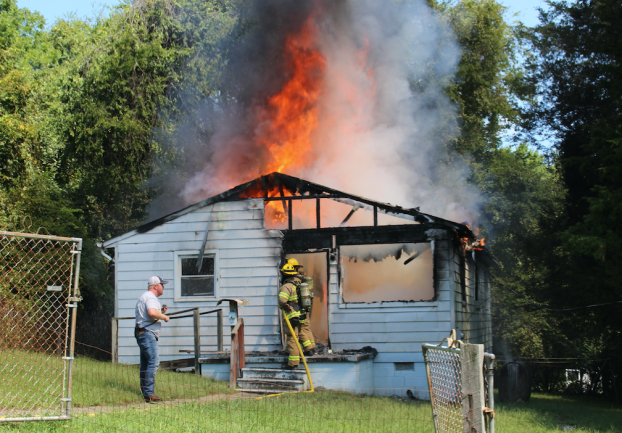 DAN PEMPEL A fire destroyed a home on Grace Street in Farmville on Sunday morning. No one was injured in the three-alarm fire.

One person was displaced when their home was destroyed following a grease fire in the residence’s kitchen Sunday morning.

The fire at the home on Grace Street in Farmville was reported at 11:42 a.m., according to Farmville Volunteer Fire Department Chief Dean Farmer. He said units were on scene in eight minutes.

“Upon arrival, they had heavy fire showing from the residence,” Farmer said. “One of our lieutenants, Lt. (Travis) Finch, established command, and the crews began an aggressive exterior fire attack.”

He said home suffered severe damage and “considered to be a total loss.”

No injuries were reported.

“The Red Cross was contacted, and the resident was able to stay with family members,” Farmer said.