Atlantic Coast Pipeline (ACP) LLC has announced an initiative to establish new habitats for butterflies, bees and other pollinator insects along the route of the proposed natural gas pipeline.

“Pollinators are essential to the production of many of the fruits and vegetables we eat daily,” ACP officials said in the release. “However, pollinator populations, particularly bees and butterflies, have sharply declined in recent years due to the loss of suitable habitat. The Pollinator Habitat Initiative will create hundreds of acres of new pollinator habitat by replanting the ACP right of way with native grasses and wildflowers that attract the species.” 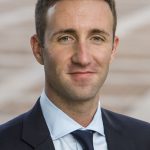 According to the release, the project has identified 750 acres of suitable locations along roughly 50 miles of the proposed pipeline route, with the most suitable locations found in flatter areas in southern Virginia and eastern North Carolina.

“Dozens of native seed mixes have been developed for the program, including native grasses such as Little Bluestem and Beaked Panicum, and wildflowers such as Partridge Pea and Black-Eyed Susan. The program is voluntary and will be implemented with the approval and input of participating landowners,” officials said.

“We’re definitely targeting those areas for the program,” Dominion spokesman Aaron Ruby said regarding areas along the proposed pipeline in Buckingham, Cumberland and Prince Edward counties.

“We’ve just announced the program, so it’s still in the early stages. The first step is introducing it to landowners. We’re in the process of doing that now. As more landowners come on board, the program will start to take shape,” Ruby said.

“Utility corridors offer ideal habitats for all kinds of wildlife, but especially the pollinators that are so essential for food production,” said Pamela Faggert, Dominion Energy’s chief environmental officer and senior vice president for sustainability. “This initiative builds on the more than 43,000 acres of pollinator habitats Dominion Energy has created along our electric transmission and distribution rights of way. We’re excited to build on that progress and continue doing our part to improve our region’s natural environment.”

Dominion is leading the 600-mile pipeline project, which if approved by federal regulators, would begin in West Virginia, spanning Virginia and ending in North Carolina. The pipeline’s route is set to span Buckingham County.

In January, county supervisors there approved a special use permit for a hotly-contested 53,783-horsepower compressor station, slated to be constructed between Shelton Store and Union Hill Roads on Route 56. The project has been hotly contested in Buckingham.

“In developing the program, the project consulted with a number of wildlife experts, including Bob Glennon, a private lands biologist for Virginia Tech’s Conservation Management Institute,” according to the release.

According to the release, one of the participating landowners is Ward Burton, founder and president of the Ward Burton Wildlife Foundation. “Two of the foundation’s parcels are crossed by the pipeline in southern Virginia and have been selected for the initiative,” officials said in the release.

“As a lifelong conservationist, I couldn’t be more excited to participate in this program,” said Burton in the release. “Not only will it be beneficial for the pollinators, but it’s also going to create new habitats for other wildlife like quail, turkey and songbirds. I see this as a really creative way to not just restore the right of way, but actually enhance its environmental value beyond what it was when we started.”

For more information about the initiative, visit atlanticcoastpipeline.com/pollinator.aspx.