Police Thursday said in a press release they were seeking the whereabouts of James Alexander Pryor Jr., age 23, of 502 Landon St. in Farmville. 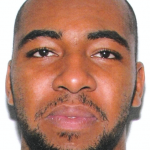 Police say Pryor turned himself in to authorities in Alexandria on Friday.

He was wanted in connection with the burglary that occurred Aug. 30 at Ayers Building and Supply Co.

“Both Brandon Jamerson and Jessica Jamerson were taken into custody without incident and are currently being held without bond at the Piedmont Regional Jail,” officials said.

The release stated that it was approximately 8 a.m. Aug. 30 when Farmville Police responded to Ayers Building and Supply Co. in reference to the reported burglary.

“The owner advised that the business had been burglarized and multiple firearms were stolen,” town officials said.

In prior release, police said, “At approximately 4 a.m., at least two suspects forced entry into the business taking an undisclosed number of handguns and long guns. A tracking K-9 from the Virginia State Police was called to the scene and located a scent trail. Evidence discovered along the scent trail leads detectives to believe that the suspects left the scene via Osborne Road and High Bridge Trail State Park, eventually making their way to a vehicle on River Road.”

Lynn Ayers, the store owner, said the store was reportedly broken into through the back garage door.

He added that a sledge hammer may have been used to enter a room that contained guns and said handguns were stolen as a result of the break-in.

Town officials stated that the Farmville Police Department worked closely with the Bureau of Alcohol, Tobacco and Firearms and developed multiple suspects leading up to the arrest of both Jamersons and the pursuit of Pryor.

A town release added that anyone with further information regarding this crime is urged to contact Det. Sgt. D.A. Ragland, of the Farmville Police Department, at (434) 392-9259.