A memorandum of understanding (MOU) that would allow Buckingham County access and control of 200 acres along a proposed lateral line off of the proposed Atlantic Coast Pipeline (ACP) could be agreed to by all parties as soon as next month. 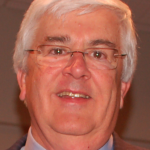 “We finally have reached a tentative MOU with, it would be ACP, Columbia Gas, Kyanite (Mining Corp.), Blue Rock (Resources) and this board of supervisors,” said County Attorney E.M. Wright Jr. during the county’s Monday board of supervisors’ meeting. “Understanding that this is only a MOU, it sort of sets forth the expectations of how things will move forward,” Wright said.

In November, Wright told supervisors that Kyanite Mining — Buckingham’s largest private sector employer — was working with Columbia Gas and ACP “to acquire a tap, metering and a decompression station and construction of a lateral pipeline off of (the ACP) that will provide natural gas to (Kyanite).”

The concept of the MOU, Wright said Monday, was that “Atlantic Coast is building a pipeline that comes through the county. There’s not enough gas demand

that Atlantic Coast can deal directly with any one person or any one entity in this county, so Columbia Gas is the proprietary owner of the rights in this area and has to contract with gas users when the amount is of that level. There is a need for (gas) at Kyanite, and they had entered into some original discussions with Columbia and Atlantic Coast about the possibility of getting natural gas to use with their operation. That is proceeding with some healthy discussion going on.”

“We’re working and very close to having arranged an option with Kyanite where we can purchase, for a fixed dollar amount, up to 200 acres. That 200 acres cannot be definitively (sited now) … I can’t say it’s that 200 acres or that 200 acres … because there’s still some necessity for that lateral line to come from (the ACP) to the Kyanite operation.”

The tap to the lateral line from the 42-inch ACP, Wright said in November, would carry enough capacity “to handle the needs of Kyanite, plus maybe three to four companies the size of Kyanite,” he said.

Kyanite is the world’s largest producer of the industrial minerals kyanite and mullite, according to its website. Refractories — heat-resistant materials that constitute the linings for high-temperature furnaces and reactors — consume a majority of the minerals.

The 600-mile ACP project calls for a natural gas pipeline to be constructed, starting in West Virginia, spanning Virginia and ending in North Carolina. The pipeline’s route is set to span Buckingham County. In January, county supervisors approved a special use permit for a hotly-contested 53,783-horsepower compressor station, slated to be constructed between Shelton Store and Union Hill Roads on Route 56. The project has been hotly contested in Buckingham.

Wright said Monday that off of the proposed lateral line a pump station would be constructed.

“And we’re talking about substantial amounts of money to have that done,” Wright said. “And so where we are with this (MOU is) that I’m going to ask you to look at it and maybe we can take some action next month.”

The MOU, he said, “commits these parties to continue in earnest discussions to develop those various agreements.”

The calls for “An Aid to Construction Agreement between the County Board and (Columbia Gas of Virginia) under which Buckingham County will contribute $260,000 as an aid in construction toward the construction of the Lateral (line).”

“This memorandum agreement sets forth that the investment that the county would have in this operation would be $260,000. It would be for the development of that lateral (and) it would also give us the right with the option to acquire 200 acres of land which we could develop and either try to site things there in conjunction with the pump station and that lateral line, we would have the ability to consider putting gas in other places in the county,” Wright said.

Kyanite Mining Corp. President Guy Dixon said in a previous interview that “being able to burn natural gas here at Kyanite is something that the company has looked at various times for the better part of 30-40 years. An access point has always been so far away (it’s) been completely ridiculous from an economic standpoint.”

According to the MOU, which has been signed by all parties except the county, agreements between Kyanite, Columbia, Blue Rock and Atlantic “will result in the construction of a lateral pipeline extending approximately 13,000 feet … from a Metering and Regulating station on ACP to be located in Buckingham County to a site that will enable service to the existing Kyanite operations in the County.”

Wright said the agreement doesn’t mean “we could run gas everywhere in the county. It doesn’t mean we could run gas to many places in the county … The other thing I need to be clear about (is) we haven’t identified this land as to which particular tract. We know some general areas and the criteria has got to be that it’s going to be on U.S. Route 15 or a secondary road. We’re not getting a piece way back where we’ve got to develop a lot of interior roads,” Wright said, citing the county didn’t know the quality of the soil, water and “a lot of variables, but we do have the right, if we do this, to analyze that site to see … if that’s something we want to invest money in trying to develop an attractive industrial prospect. …”

Wright told supervisors he wasn’t asking for action Monday “because there’s still a few little more boxes that need to be checked just to make sure that things are in order.”

The county’s access to the tap and control of the 200 acres, along with Kyanite’s access to the natural gas, are contingent on federal regulators approving the project, which is being led by Dominion.

“For more than two years, we’ve worked very hard to find opportunities across the region to expand access to natural gas in underserved communities, including Buckingham County,” Dominion spokesman Aaron Ruby said in a previous interview. “We’re pleased that after more than two years of discussions with Buckingham County, Columbia Gas and Kyanite Mining Corp., we’ve reached an agreement in principle that will help facilitate natural gas service to the county. More work remains to be done to finalize the agreement, but we’re very pleased with the progress that has been made.”