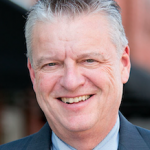 The operating budget includes a $519,000 surplus — the largest the town has ever seen, according to Mayor David E. Whitus.

The budget includes no tax or fee increases, according to town officials.

Regarding the budget surplus, town spokeswoman Kate Pickett Eggleston said “this does not include our cash on hand at the end of the year,” implying the surplus could potentially increase.

No one spoke during a public hearing on the proposed budget held June 14.

“I’ve looked at the tax rate in some adjoining towns about our size and we clearly have the lowest tax rate anywhere around, certainly in Southside (and) Southern Virginia,” Whitus said.

“Appropriations for key services that help to ensure the safety of our residents are included in the proposed budget, including the Farmville Police Department, the fire department and 911 dispatch services, along with appropriations for programs, including parks and recreation,” Whitus said in an earlier issued press release.

During the meeting, Whitus said the approved budget includes a two percent pay raise for town employees “with a years of service bonus. And the town is just absolutely in great financial shape.”

“A large portion of the proposed budget includes funding the salaries of the 165 town employees who work daily to keep the town running efficiently and effectively,” said Town Manager Gerald Spates in a press release. “A lot of these employees are not seen by the public but are working behind the scenes to ensure that we have excellent water quality, clean sidewalks, safe buildings and numerous other jobs that affect the daily workings of our town.”

According to Eggleston, the town’s newest tax — the cigarette tax — is projected to bring in $200,000 during the upcoming fiscal year.

Food taxes bring in a large amount of revenue for the town.

“In addition to the assistant town manager position, the other anticipated staff position that is included in the … budget is for a position at the fire department,” Eggleston said.

Once selected, the new assistant town manager in Farmville could make up to $94,000 annually, according to a town-issued notice seeking applications for the new position.

The budget also calls for continued funding of the Farmville Downtown Partnership of $60,000 for one year.

A gourmet pizza restaurant is set to open in the location of the former Quiznos in the Sunchase Farmville Shoppes... read more