A gourmet pizza restaurant is set to open in the location of the former Quiznos in the Sunchase Farmville Shoppes at 237 Sunchase Blvd. between the end of July and the beginning of August. 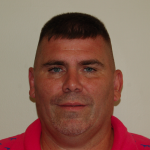 According to Danny Teachey — who owns the restaurant with his wife, Avery — the restaurant, Pizza World, is part of a small chain that was started in the Midwest that focuses on gourmet pizzas.

“Just out of the ordinary pizzas,” Teachey said of the style of pies. “It’s very dynamic and it’s Pizza World, because we have pizzas from all over the world.” 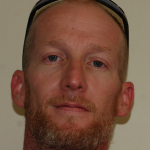 “These two are going to be our signature ones,” Danny said.

He said the restaurant will have delivery, carryout and a small dining room. He says they have not decided as to the specific area they’ll deliver to.

According to Teachey, he signed the lease for the space May 1.

“So we’ve been building the restaurant for about two plus months,” Danny said.

He said all ingredients at the restaurant would be fresh.

Currently Teachey and his wife own seven Servicemaster locations.

The two are are from Camden, North Carolina. He has 20 years of experience in owning businesses, he said.

The restaurant will be open from 11 a.m.-midnight Sunday through Thursday and 11 a.m.-1 a.m. on Friday and Saturdays.

You asked: Smoke is from a controlled burn

A controlled burn at the Prince Edward and Charlotte county line is causing a haze — both of smoke across the... read more