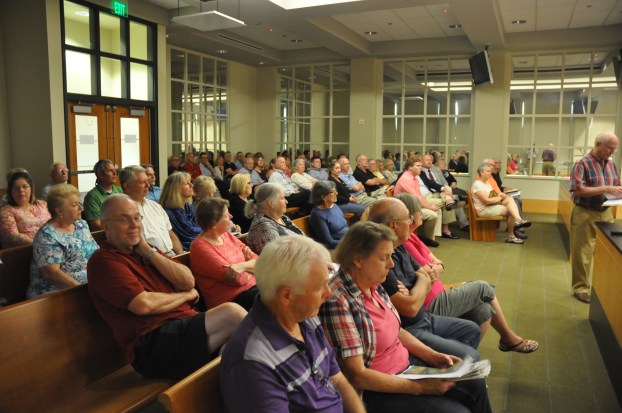 About 60 people attended the Wednesday planning commission hearing where commissioners heard speakers in favor and opposed to the proposed five-story student apartment complex at the intersection of Appomattox and High streets in Farmville. Photo by Jordan Miles.

Robert R. and Sherry P. Martin, who own just more than an acre of property at the intersection of High, Oak and Appomattox streets in Farmville, have withdrawn their original request that the Farmville Town Council repeal the density requirement of 10 units per acre for the R-3 Residential Zone — a zone which the property is classified as.

In conjunction with the proposed five-story, 95,000-square-foot student apartment complex on the property, the Martins are requesting their property be re-zoned from R-3 Residential to R-3A Residential — the same zone that Longwood University’s main campus is classified as.

“We have listened to a number of concerns about how large an area this change could affect,” the Martins said in a letter to the Farmville Town Council dated July 28.

“Longwood University has built similar projects within close proximity to our proposed project and by extending the R-3A Zone, it would only affect our four lots and no one else.”

According to the letter and Town Manager Gerald Spates, the property owners’ new request also includes changing the density level for the R-3A Zone. 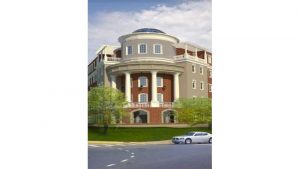 North Carolina-based developer Mike Kelley is working with Thompson & Litton to construct a 95,000-square-foot, five-story student apartment building that, along with its proposed parking, will encompass the area the four Martin homes currently occupy along Appomattox and High streets northeast of the roadway’s intersection with Griffin Boulevard.

The new zoning request comes two days after the Farmville Planning Commission voted to hold a public hearing Aug. 21 at 6 p.m. regarding the original request.

According to Spates, the request regarding rezoning the property and changing the density requirement for the proposed apartment building will be reintroduced to both the town council and planning commission. Public hearings will be held by both bodies.

“(The) R-3 (Zone) was a big area, not just there, but there’s other areas in town that are R-3,” Spates said Friday. “R-3A is relatively small, so it would only affect the four houses that they have,” he said of the Martin property.

“You do have to change the density,” Spates said. “The big plus to this and what (the Martins) told me this morning when they heard from the (planning commission) meeting the other night that there was a lot of people who were concerned about how vast the R-3 area is,” Spates said. “So, this takes care of it by just including those four houses. And the opposite side of the street is R-3A, so it’s a natural extension.”

In their original request, the Martins also requested “a conditional use permit be issued to construct the project with the understanding that there will be a full-time live-in property manager on site at all times.”

Spates said there are some residential properties that lie within the footprint of and adjoin Longwood’s main campus are zoned R-3A.

“It’s maybe 20 houses that would be affected on the campus itself,” Spates said. 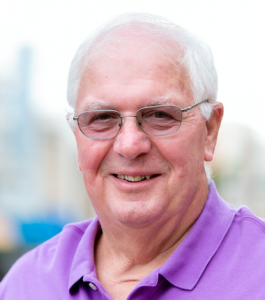 During the commission meeting, attended by about 60 people — including the Martins, town council members and Developer Mike Kelley of Kelley Properties and Chris Phillips with architectural and engineering firm Thompson & Litton — planners posed numerous questions regarding parking, potential design changes, demand for student housing, noise pollution, storm water runoff, security, solid waste and recycling, facility management, demand for student housing and the recommended roundabout — which engineers for the Oak and High streets and Griffin Boulevard project say won’t affect their recommendation that a roundabout be constructed at the intersection to reduce congestion and increase safety.

Tom Dennison, who lives on Grove Street about a block and a half from the Martin property, expressed concerns regarding height limitations, storm water retention, off-street parking and entrances and exits to the complex.

“Parking should be considered first and foremost,” Wall said. “Where in the world is the parking? We are in kind of a bottleneck area down there, so that’s where I’m coming from.”

Wall said the proposed project was “not appropriate where it is.”

“I’ve been in the Martin’s chair, in the developer’s chair in many other towns, and it’s not a fun place to sit,” said Matt King, who owns Walk2Campus Properties.

“We’re actually not opposed to this project. We don’t fault folks for bringing it forward. We don’t mind the competition … I think the more students that live in town are going to help businesses in town.”

“As you may have seen in the paper, I was shocked and dismayed to see this project on the front page of the paper,” said Second Avenue resident Harlan Horton. “… I also would echo everyone’s feelings about the Martins and their desire to develop their property. I think, though, that what has been proposed is completely out of scale with that corner … There seems to be too much that will be going on in a very small space.”

“To all the people who have comments, I want them to let you know, I want you all to know, that these comments won’t go away,” Kelley said. “I’d like you to be aware of that and we’ll continue to meet with you … It’s very important that you know the line of communications to me is always open.”

He noted he’d met with Spates and Longwood University President W. Taylor Reveley regarding the project.

“The proposed private housing project is independent of Longwood and the university is neutral regarding the various approvals now before the town for consideration,” university spokesman Matt McWilliams said in an email Friday. “As a general matter, Longwood believes it is a good thing when there is interest in development in Farmville, and appreciates the value to the town tax base of a healthy private student housing sector. At the same time, High Street’s scenery and neighborhood feel are a great asset to the community and an essential part of the momentum Farmville now enjoys, and whatever the outcome of this project should be preserved.”

“We have invested some time to get to where we are now,” Phillips, the project’s manager, said during the commission meeting Wednesday.

He said the project was “still very conceptual.”

Regarding the High Street entrance to the complex, Phillips said “after we’ve examined it a little further, we’re not sure that that’s the most appropriate action, so for now that’s just a placeholder.”

“We’re trying to examine the possibilities of keeping parking out of the building footprint itself,” Phillips said.

At-large Commissioner Chuck Ross said the area of the project is listed on the National Parks Service Register of Historic Places, and noted the houses that would be torn down if the project is approved are contributing structures to the application.

“I mean the entire district from Randolph Street to Grove Street and including in over to The Avenues is on the National Register of Historic Places,” he said, noting the designation had no legal binding. 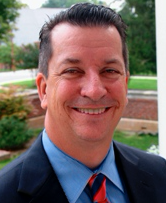 “Currently, what I hear from the community is shock to the size of it and what’s there on the corner,” Ward E Commissioner Jerry Davenport said, asking if there were alternatives to what was proposed.

Phillips said that as far as design, what was presented was “very conceptual,” noting he was interested in how the town and public feels about the project.

Dean Farmer has been appointed chief of the Farmville Volunteer Fire Department. The news of his appointment came during the... read more