Federal regulators say the proposed 600-mile Atlantic Coast Pipeline (ACP) project — one that would result a 42-inch natural gas pipeline spanning Buckingham and parts of Cumberland and Prince Edward along with a 53,783-horsepower gas-fired compressor station along Route 56 in Buckingham — “would result in some adverse effects” and most of the anticipated impacts “would be reduced to less-than-significant levels” through implementing recommendations by the Federal Energy Regulatory Commission (FERC) staff.

The FERC’s release of its voluminous Final Environmental Impact Statement (FEIS) last week notes that ACP and Dominion Energy Transmission Inc. (DETI) “would minimize impacts on the natural and human environments during construction and operation of their facilities by implementing the numerous measures described in their respective construction and restoration plans.”

The issuance of the FEIS by staff with FERC, the federal regulatory body that approves such projects, serves as a major step in the process that Dominion — the energy giant leading the project — is undertaking to construct the pipeline, which, if approved, would begin in West Virginia, span Virginia and end in North Carolina. 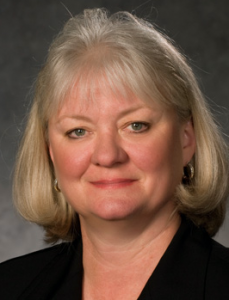 The project, including the proposed compressor station that would be built on property between Shelton Store and Union Hill roads along Route 56 in Buckingham County, has been hotly contested in Buckingham.

“The favorable environmental report released today provides a clear path for final approval of the ACP this fall,” said Leslie Hartz, Dominion Energy’s vice president for engineering and construction. “The report concludes that the project can be built safely and with minimal long-term impacts to the environment. The report also reinforces previous findings by the FERC and decades of research demonstrating that natural gas pipelines do not adversely impact tourist economies or residential property values. With this report, the region moves one step closer toward a stronger economy, a more secure energy supply and a cleaner environment.”

Hartz said the FEIS served as a “culmination of one of the most thorough and exhaustive environmental reviews that has ever been performed for a project of this scope. The report is based on nearly three years of painstaking study by more than a dozen federal agencies, as well as extensive engagement with communities along the proposed route.”

“While some impacts on the environment and landowners are unavoidable with any infrastructure project, the report demonstrates that we’ve taken all necessary steps to minimize those impacts and balance them with the urgent public need for the project,” she said.

ACP LLC is seeking a certificate of public convenience and necessity from FERC for the proposed project.

According to the report, “FERC staff concludes that construction and operation of ACP …  would result in some adverse effects, such as impacts on steep slopes and adjacent waterbodies and associated aquatic resources; forested vegetation; Endangered Species Act (ESA)-listed Indiana bat, northern long-eared bat, Roanoke logperch, Madison cave isopod, clubshell mussel, small whorled pogonia, and running buffalo clover; and karst, cave, subterranean habitat and the species associated with these habitats. Implementation of (ACP’s) and DETI’s respective impact avoidance, minimization and mitigation measures, as well as their adherence to staff’s recommendations in the EIS would further avoid, minimize and mitigate these impacts.”

Regulators say a high level of public participation was achieved during the pre-filing and post application review processes “and helped inform our analysis,” noting “environmental justice populations would not be disproportionately affected by the projects.”

“In addition, the FERC staff and cooperating agencies developed site-specific mitigation measures that (ACP) and DETI should implement to further reduce the environmental impacts that would otherwise result from construction and operation of their projects. The FERC staff determined that these measures are necessary to reduce the adverse impacts associated with the projects, and in part, are basing conclusions on implementation of these measures.” 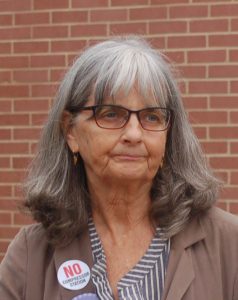 “The recent EIS issued by FERC is disappointing, but not surprising,” said Chad Oba, chair of Friends of Buckingham, a group opposed to the ACP. “FERC once again has demonstrated their willingness to go along with the gas industry’s bidding on most every project put before them. They have failed to seriously assess whether this project is needed, all the while placing the burden on thousands of citizens who will have their land taken from them or be forced to live near a massive polluting and health-destroying compressor station such as the one proposed for Buckingham. They have ignored innumerable submissions by citizens and professional analyses by scholarly, legal and technical experts. … The playing field is not level. We have a democracy problem.”

“We received comments regarding the potential for negative effects on natural resources and the environment from construction and operation of ACP … to negatively affect tourism (in) Yogaville in Buckingham County …,” regulators wrote in the report. “Travelers and tourists in each state crossed by the projects would experience temporary visual and noise impacts associated with construction personnel and equipment and vegetation removal associated with construction workspaces. Yogaville is located one mile from the ACP route and over four miles from a proposed compressor station; therefore, we conclude no direct or indirect impacts on tourism to Yogaville would result from construction and operation of the project.”

“We received comments during the scoping period regarding potential impacts on organic farms,” federal regulators wrote in the report. “Comments included 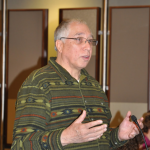 concern that: affected organic farms would no longer be able to produce food for the Satchidananda Ashram-Yogaville community and Light of Truth Universal Shrine in Buckingham. …”

The report noted “none of the organic farms identified along the ACP route would be near the Satchidananda Ashram-Yogaville. …”

According to the FEIS, the proposed compressor station “is in a more populated area of Buckingham County that may be visible to more residents. However, the compressor station is located near previously developed residential and commercial areas and is consistent with the existing visual conditions in the area.”

The report notes nine jobs would come with the proposed compressor station.

“We received comments that construction and operation of ACP would affect the peaceful and serene environment at the Satchidananda Ashram and Light of Truth Universal Shrine at Yogaville, located in Buckingham County. …” regulators wrote. “Yogaville is over four miles from the proposed compressor station; and the Light of Truth Universal Shrine at Yogaville is one mile from the proposed ACP route alignment and over one mile from the nearest proposed (horizontal directional drill) location. We believe that the project locations are sufficiently distant from the Yogaville properties so that people enjoying the peaceful and serene environment would not be disturbed by project construction or operation. Therefore, we conclude no direct or indirect impacts on tourism and visitation to Yogaville would result from construction and operation of the projects.”

ACP “and DETI would implement a series of measures that would minimize potential impacts on the nearby communities, including environmental justice communities near project facilities,” FERC staff said regarding the proposed compressor station. “For instance, (ACP) and DETI propose to employ proven construction-related practices to control fugitive dust, such as application of water or other commercially available dust control agents on unpaved areas subject to frequent vehicle traffic. Some individuals with extreme sensitivity to changes in air quality could be impacted by temporary fugitive dust during construction or air emissions from the compressor stations. …”