Allegations discussed against youth league — Organization ‘split down the middle’

Allegations of people drinking alcohol at Gene Dixon Memorial Park, along with coaches having consumed alcohol before or during games, unsanitary conditions at the park’s concession stand, use of profanity at the park and unprofessionalism and non-compliance with a recently agreed to county permit dominated discussion during a meeting between Buckingham County supervisors and leadership of the Buckingham County Youth League (BCYL) on Thursday.

The special meeting came after County Administrator Rebecca S. Carter issued a notice of the meeting between supervisors and the BCYL leadership, detailing five specific complaints the county has received since the issuance of the April 19 permit allowing BCYL to use the park, located north of Dillwyn.

The memorandum was sent to BCYL President Denise Bryant and Vice President Stacy Hartless on June 13 regarding the Thursday meeting.

Also dominating discussion were allegations of a rift among the BCYL’s leadership, cited by several supervisors and the county administrator.

Supervisors agreed the league’s leadership would respond to the complaints and allegations by June 27 at 4:11 p.m. in accordance with the permit, which allows the league to use the park for games and practices.

“The meeting tonight — think about it as a shot across your bow,” District Four Supervisor Morgan Dunnavant said.

“I’ve gotten phone calls on it,” Bryan said regarding the allegation of alcohol use at the park. “I’m just concerned that there’s people down there, I don’t know if they’re drinking down there or maybe having one or two before they come down there … We’re among children … The person said that they smelled the alcohol.”

“I’m just concerned with behavior, whether it’s heresay or true,” District Three Supervisor Don Matthews said. “An athletic field, there’s no place for alcohol or tobacco in that area. That’s the bottom line, period … I do think that this is a very serious offense, and if it is true, then something has got to be done.”

“If y’all as the adults and the youth league, from what’s gotten back to me on this, y’all are not setting a real good example down there,” Dunnavant said, “particularly the playing by the rules part and of the rules … of using the county facility with the condition that the concession stand was left in and the Health Department basically gave y’all a waiver on the standards they were looking for on that and it was found on Monday morning in just abysmal shape.”

District Five Supervisor Harry Bryant said he hadn’t seen alcohol at the park. “My biggest complaint has been with the concession stand being dirty,” he said.

“I haven’t received a report of any alcohol … I haven’t received any complaints,” said Hartless, who resigned from her position Monday, citing the organization’s division in her email to BCYL leaders. “The (June 13) email was the first that I had heard anything,” she said.

Denise Bryant said it was “quite concerning that we get multiple issues listed when we’ve been given in our permit responsibility to handle issues as they come up with a time frame on it. We have 14 days to settle any issues that are brought to our attention. Well, when the first thing is alcohol at the park and/or coaches who have been drinking alcohol while coaching, and we’ve received this complaint after our season is pretty much complete, that’s quite concerning. Because, if someone’s picking up the phone … and making these reports to whoever, why wasn’t it addressed to the people who are at the park at that time?”

District Seven Supervisor Danny Allen, who chaired the meeting, said he was trying to figure out if the complaints were “something known or if it’s somebody just starting rumors.”

“I did receive a phone call,” Carter said. “I’ve had several people come to me and tell me that there was a coach (who had) alcohol (that) was smelt on their breath while they were on the field coaching. And several people have brought that to my attention and … then during a game a particular coach was asked to leave the field (and) you as president stood up and overrode that coach’s decision,” Carter said, addressing Denise Bryant, who refuted the allegation.

After Denise Bryant noted the complaints should have come to her and the BCYL, Bryan noted that someone who filed a complaint with him “said that they don’t feel comfortable talking to you guys because nothing’s going to get done … They said there’s the same clique, whatever that means … It’s two warring factions, and this not about adults with egos, (but) it’s about (the) children.”

“If it gets much worse … something’s going to have to be done,” Matthews said regarding the allegation regarding alcohol.

Regarding the alleged use of profanity, Carter said the issue is related to the first, which involved use of alcohol at the park. Denise Bryant and Hartless said they hadn’t received complaints regarding foul language.

On monitors, supervisors displayed photos taken inside the concession stand earlier in the day. As the photos were displayed, Bryan explained each, which included an unkempt microwave, salt on a table, a blocked hand-washing area, the bottom of a sink not being clean and a rag on a counter.

“It should have been cleaned,” Bryan said of a bucket in a freezer. “Here’s two receipts that were down there that were just laying there (with) dead bugs all over them.”

“It’s not a backdoor cookout operation where it’s invited friends only,” Dunnavant said. “You’re selling food to the public, and there’s an expectation of what’s going to transpire on the working side of the counter with food being sold to the general public. And the Health Department offered y’all substantial reductions, (the) nonprofit group standards, and worked with y’all on that with you going up there and looking at it … The trash not being taken out, the counters not wiped down, things being left in disarray … were the pictures that we were shown. That’s completely unacceptable.”

Responding, Jack Stearrett, a member of the BCYL who operates the concession stand, said, “We have a group of people who work it at different times, and when Mrs. Bryant sent out the concern letter, that kind of bothered me. I thought we were doing pretty good, I mean really,” he said, noting there were gloves, bleach water and Pine Sol “set up” in the facility.

He said after the last game was played at the park in early June, the concession stand was cleaned.

“It’s nothing intentional,” he said of the cleanliness of the facility.

“You all are not addressing these things with each other,” Carter said. “You (all are) calling us and telling us on each other. And y’all really do need to work together. And I really think all of this could work well if you would address it to each other and work it out between yourselves.”

“From what I’m looking at here, nobody’s taking their job seriously,” District Six Supervisor Joe N. Chambers Jr. said. “If (Denise Bryant) sent out a memo June 8, this (is) June 22. And the pictures were taken today. How can you explain that? … Y’all (are) showing a bad example as leaders …”

When discussing the alleged unprofessionalism of the BCYL Board of Directors, Chambers said he wanted to see the leadership “shape up.”

He said complaints were made regarding the Hartless and Denise Bryant stemming from a board meeting.

“I did not speak ill to anyone … Going into that meeting, I was very upset because I felt like my board members should have backed me and I didn’t get that,” Hartless later responded.

“I hope you can straighten up and do a better job down there,” Chambers said. “… If it don’t happen, I’m going to be the first one to say we need a slate of new officers, clean the whole house up down there and start over again.”

Bryan brought up financial responsibility, referring to receipts being issued after payments.

“It reduces the idea that somebody’s going to pocket money,” Bryan said. “…I don’t want to see anybody get accused. It’s hard to wash that stigma away.”

“There are a lot of positive things going on at that park,” Carter said. “And when I saw the roster that you all sent me of the number of children involved in this program, it is fantastic.” 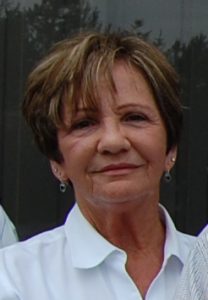 Chambers suggested a probationary period for the league.

“There are 11 board members is what I’d like to say,” Denise Bryant said. “There is no executive power — don’t misunderstand this, and we have a copy of our bylaws. We don’t go around making these decisions of this 11-member board …”

“I think one of the issues all of us has heard is the whole youth league has been split down the middle,” Allen said. “It’s two different groups and they don’t want to work together. You’ve got to learn to work together.”

“If it comes back again, I’m going to make the motion for all officers be eliminated and start over with a new slate, and I’ve enough support to do it here tonight … I want to see yall shape it up and get it together down there,” Chambers said.

“That’s also been discussed,” Bryan said of the county taking over the youth league operations.

“The seven of us here, everybody in this room wants to see the youth program in Buckingham be successful, period,” Dunnavant said.

Other members of the BCYL, seated in the audience, offered input regarding representation on the league’s board of directors, the number of voting members of the BCYL and involving more parents and volunteers in the organization.

Police in Farmville are investigating a shooting where two juveniles were injured at the intersection of South Virginia and... read more