Dorothy Lilian Gatlin, 88, of Gloucester, passed away peacefully on April 28, 2017, after a brief illness.

She was born in Flint County, Wales to the late Trevor and Lilian Annie Humphreys. She was preceded in death by her beloved husband Thomas A. Gatlin and her three sisters, Beryl, Olga and Oliva and her brother Glenn. 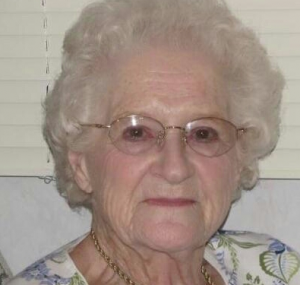 In her younger days, Dorothy loved to dance and won several jitterbug contests enjoying her time on the dance floor until she met her first husband Howard A. Dame. They were married in 1949 while he was serving in the Navy and enjoyed 22 years of marriage prior to his sudden death in 1971. She met Thomas Gatlin in 1976 and was married in 1979 enjoying 32 years of marriage until his death in 2011.

She worked for the Navy Exchange for 19 years before retiring in 1986 when Tom retired from the Navy after 30 years and moving to Farmville, Va. She and Tom enjoyed traveling across the country in their camper, spending time in all the states except Hawaii, which Tom promised to take Dorothy once they built a bridge. She enjoyed cooking for her family and others and was very active in the Farmville Moose Lodge with the Women of the Moose.

The family will receive friends at the funeral home on Thursday, May 4, 2017 from 1-2 p.m. with a memorial services starting at 2 p.m.

Arrangements are under the direction of Andrews Funeral Home & Crematory, Gloucester.

Michaela Briajah Woodson, 16, of New Canton, departed this life on Wednesday, April 26, 2017 in Cumberland.  She is survived... read more