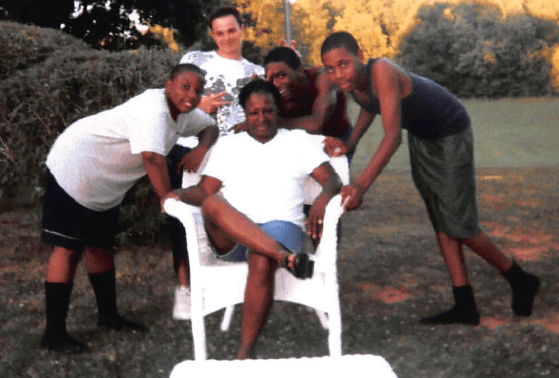 ‘The love that I never had’

Henry and Phyllis Wynn, of Cumberland, have had more than 15 children, and at the age of 63, the Wynns say they have no plans of stopping any time soon.

No, the Wynns are not one of the mega families featured on television. Instead, they have parented with 15 foster children and have provided an emergency home for dozens more.

Henry, a truck driver, and Phyllis, a stay-at-home mother, began their foster parent journey in 2002 after seeing an advertisement for United Methodist Family Services (UMFS).

“We heard about it on TV (and) UMFS had an advertisement about foster kids, and how badly they needed a home,” Henry said. “And since our kids were all grown and nobody was home but us, we decided to (go into foster care).”

The Wynns first fostered a 10-year old boy who stayed until he was 18, Henry said. During that time period, the couple took in three more foster kids. Still, said Henry, the couple had no idea they would foster 15 kids and counting.

Holly Coates, regional assistant director for UMFS, has worked with the Wynns since they entered the program. Coates said the Wynns have taken in mostly teenagers, but they accept most any child asked of them.

“They’ve had a lot of teenage boys. They have worked with a lot of kids who have come with aggression issues, substance abuse issues, etc.,” Coates said. “They have always been very open to taking and working with and nurturing every kid that we have called them for.”

Phyllis said she knew at a young age she was interested in becoming a foster parent.

“I can relate to some of the stuff that some of the kids were going through because I, as a child, was neglected and abused,” Phyllis said. “I told my husband at a young age that if I grew up and married and had a nice home and a good husband that I would try to be a foster parent or take in somebody’s child and give them the love that I never had.”

Henry and Phyllis said being foster parents can result in a very rewarding experience, but can also be difficult.

“A lot of the kids come with big stories — they been sexually abused, physically abused, mentally abused,” Phyllis said. “Some of them come and they still have that anger in them, but you just have to let them know that you’re there for them; they can trust you. Once they open up and trust you they feel a lot better.”

Henry said building trust can take time and requires a lot of patience.

The Wynns said difficult times are well worth it in the end. After the years of fostering, Coates said, the Wynns still keep in touch with most of their children.

“We have a lot of good foster families, but they are one that of all the kids they’ve fostered … are still in contact with probably 90-95 percent of those kids,” Coates said.

Not long ago, all but one of the Wynns’ foster children — some even out of state — reconnected and surprised the couple by showing up at the same time to celebrate Phyllis’ birthday.

“They’re still that connected with her,” Coates said. “They still value her support — and Mr. Wynn too — and still value their opinions and advice.”

The need for foster families in Virginia is very high, according to UMFS Resource Parent Recruiter Andrea Miller.

As of February, Miller said there were 5,155 kids in Virginia in foster care. In Prince Edward County alone, there are 18 kids in the foster care system and only 10 families, Miller said.

Coates said the calls UMFS receives are increasingly from out of town, areas including Lynchburg and Roanoke. The Wynns’ children, according to Coates, are from the Martinsville area.

“All of our families in Farmville are full,” Miller said. “If we got a call, we have maybe one or two families we can call.”

“We probably get 15-20 calls per month directly from different departments of Social Services needing homes in region,” Coates said. “And of those, we are usually able to place … I’d say we would have a home right now for maybe two to three. And that’s probably being generous.”

For those interested in becoming a foster parent, Miller said, you don’t have to have a perfect home or have to be wealthy.

“As long as you can pay your bills and you can support yourself before the income that we provide as reimbursement for keeping the children, you can be a foster parent,” Miller said.

In addition, prospective foster parents must go through training, including a course in first aid. Individuals interested in becoming foster parents must also pass a background check. For more information on foster parenting, visit adoptuskids.org/adoption-and-foster-care/overview/foster-parenting.

Coates said anyone interested in becoming a foster parent should seriously consider it, stressing the importance of the foster care system.

“Every single comment, every action, everything you do for a child is planting a seed,” Coates said.