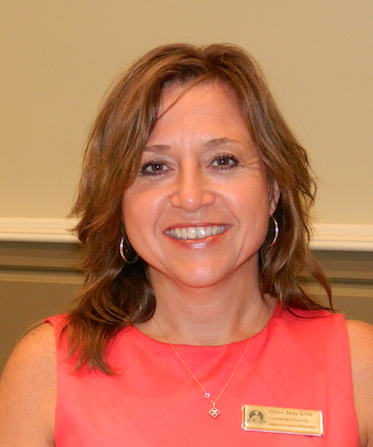 The Cumberland County Board of Supervisors is scheduled to discuss possibly renewing County Administrator and Attorney Vivian Seay Giles’ contract during its Tuesday meeting.

Giles was hired after former longtime County Administrator Judy Ownby retired. The board then combined the positions of county administrator and county attorney.

The new draft contract states if Giles is terminated before the expiration of her contract and she is still able and willing to perform her duties, the county agrees to pay Giles a lump sum equal to 180 days of then-current salary as severance pay. This is a change from 90-day payout in Giles’ current contract.

According to the draft contract, if Giles resigns voluntarily before her term is completed, the draft she is to give 180 days written notice — changed from 90 days in her existing contract — unless the county agrees otherwise.

Giles’ annual salary is subject to increase “from time to time as it may be determined by a majority vote, which salary increase shall be communicated in writing to (Giles) and which writing shall constitute an amendment to this Agreement, all other provisions remaining unchanged.”

Sheriff warns of scam in Buckingham

Buckingham County Sheriff William G. “Billy” Kidd Jr. has issued a warning concerning what he terms “a scam that has... read more