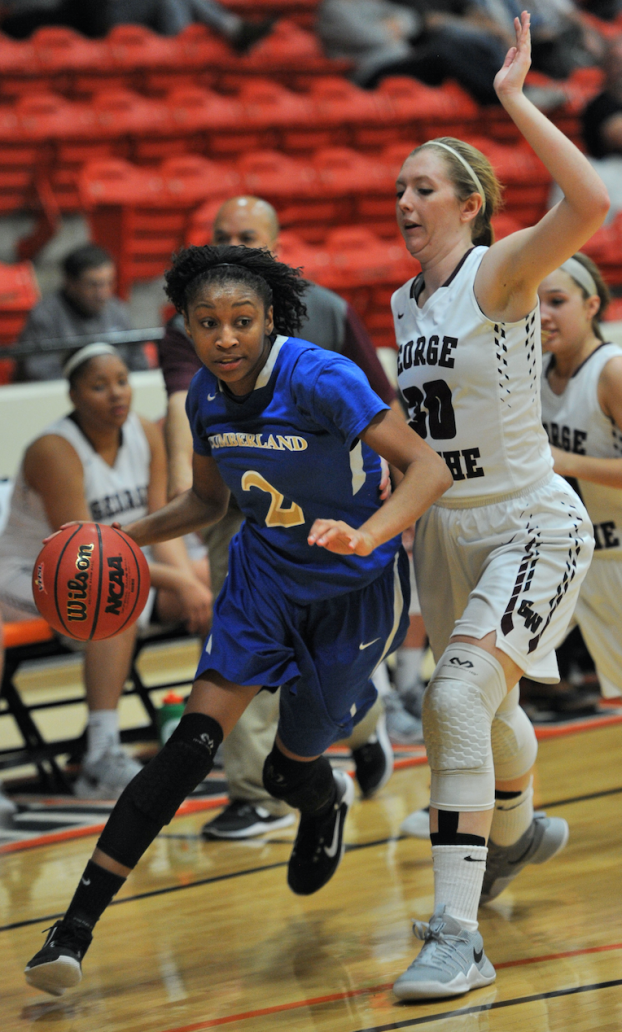 The loss, however, could not overshadow a historic season for the Lady Dukes in which they clinched their inaugural Conference 42 tournament championship and made their first-ever state appearance.

Cumberland senior forward Bria Anderson has been selected to the All-Region 1A East first team after being named the Conference 42 girls basketball Player of the Year and making the all-conference first team with Lady Dukes senior center Tayziana Booker.

Omar Liggins, Cumberland’s head coach, said his team’s performance Thursday “definitely wasn’t one of our best, even though we ran up against a very good team tonight.”

“We had, I’d say, like, 15 turnovers in the first quarter alone,” he said, and the Lady Dukes trailed 27-2 after the first period.

They bounced back in the second quarter by attacking the basket more, outscoring the Lady Maroons 15-9 and closing the gap on the scoreboard to 36-17 at halftime. But George Wythe won the third quarter 22-5 and the fourth quarter 10-3.

Liggins pointed to turnovers as what tipped the scales in favor of the Lady Maroons (26-3), the Region 1A West champions that feature a roster laden with eight seniors and will play for the state championship this week.

“Just about every turnover we had, they went down and scored off of it,” Liggins said of the Lady Maroons on Thursday. “With a team as good as George Wythe was, you just can’t turn the ball over as much as we did tonight.”

Though the Lady Dukes strove for the win, Liggins noted Thursday night was mostly about their experience of playing in the state tournament for the first time.

“I think the girls now understand what it’s going to take if we want to get back here next year and what we’re going to have to do to win,” he said. “We finished off our season on a good note just from getting the experience from being able to come up here and play in Bristol in the state tournament.”

“I’m very proud of her,” Liggins said in reaction to Anderson’s first-team regional honor, adding that coaches noticed her play and her poise.

Booker was strong for the Lady Dukes down low, averaging 12 points, 11 rebounds and five blocks per game this season.

‘Up and down year’

Hampden-Sydney College (H-SC) Head Men’s Basketball Coach Dee Vick described the 2016-17 season as “an up and down year” for... read more