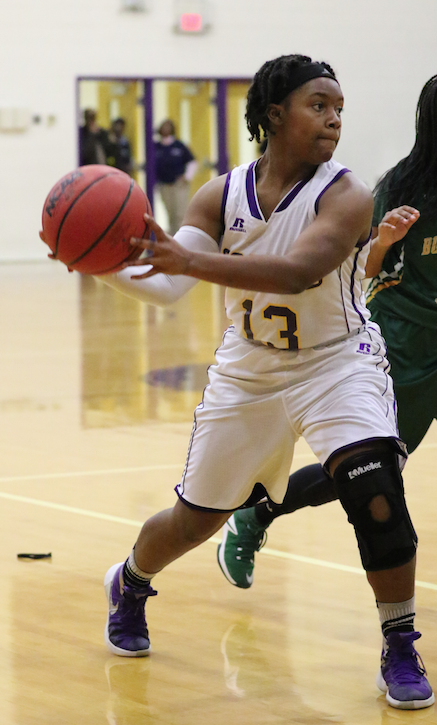 Only eight slots exist for all-conference varsity girls basketball honorees in Quad Rivers Conference 34, and the top teams in the conference naturally supply most of the players populating this highly select group. But Prince Edward County High School, which finished fifth in the conference, had a representative that tied for the eighth and final slot — sophomore point guard Da’Mya Harris.

“When I nominated Da’Mya, I let (the other coaches) know I understood that our record would probably have a negative effect on her, but she is one of the best players in the conference,” Lady Eagles Head Coach Carlton Redd said. “They judged her on talent.”

Doing what she could to help Prince Edward, which finished with a 9-14 record, Harris averaged 19.5 points per game, production that Redd said was ranked third in the conference. Harris shot 81 percent from the free throw line and also averaged 5.5 rebounds, 4.7 steals and 2.2 assists per game.

Noting how the 1,000-point milestone is one that high-profile players in the conference tend to reach toward the ends of their high school careers, Redd said Harris is already at 813 with two seasons left to play.