Members of the Rice community in Prince Edward voiced a wide range of questions and concerns surrounding a proposed Dollar General Store, slated for the intersection of Rice’s Depot Road and U.S. Route 460.

Robert M. “Bobby” Jones, who represents the Lockett District on the county board of supervisors, hosted the meeting Monday at the Rice Fire Department. 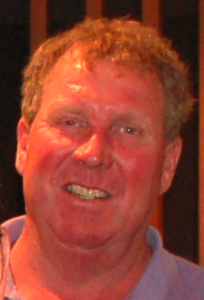 The construction of the store would require a special use permit from county supervisors.

After Jones explained details of the project, several people in the audience expressed concern about traffic and safety on U.S Route 460.

Many asked if Virginia Department of Transportation (VDOT) would conduct a traffic study on the area of the road to confirm that the new business would be safe for drivers.

Those in the audience continued to question the legitimacy of VDOT’s claim and asked that a study be conducted.

Jones said he would ask again for a traffic study.

With the potential of the store, many were concerned not only about the location of the business, but also increased flow of traffic, bringing tractor-trailers through Rice’s Depot Road, which would connect Dollar General with the closest gas station, Jenkins’ Blue and Gray.

Some argued Rice’s Depot Road traffic would increase over its capacity, factoring in customers of the store.

Others argued traffic wouldn’t be any different from that created by the post office.

High Bridge Trail State Park Manager Daniel Jordan, who attended the meeting, spoke to the management of the nearby trail in conjunction with added infrastructure.

He said the park’s main concern was safety. “I’m here for y’all, so please let me be a resource for you,” he told the audience.

Those in attendance also questioned the value of their homes. “In a similar situation they really felt like it would increase values of properties,” Jones said of those who own land and homes around the proposed store.

According to Jones, Par 3 Development Group LLC (P3DG) submitted the request to build a Dollar General store, which would be about 7,200 square feet in size. The store would have about 31 parking spaces, according to county documents.

Because the project falls above the maximum property density, Jones explained, the project will be brought before the board of zoning appeals to consider approval. The board will consider whether or not to allow the parcel of land to be split into 1.96 acres instead of the required four.

Jones said the meeting would take place on Tuesday, Jan. 31 at 7 p.m. in the board of supervisors’ room on the third floor of the courthouse.

If the board of zoning appeals rejects the proposal, then the request will be dropped, Jones said.

The property is zoned A1 as an Agricultural Conservation District, and, as stated in the zoning classification, requires a special use permit for retail sales.

A planning commission public hearing was originally scheduled for Jan. 17, but was rescheduled due to lingering unanswered questions, according to County Planning and Zoning Administrator Rob Fowler. That meeting has been rescheduled, tentatively, for Feb. 21 in the board of supervisors’ room of the courthouse.

The commission will submit a recommendation either in support or opposition of the project to county supervisors, who have the final say on the permit application.

Along with the special use permit, supervisors and county planners can submit conditions for the project. Jones explained this could mean inclusion of construction of buffers between the store and nearby homes. Conditions could also include restrictions on tractor-trailers exiting left onto Rice’s Depot Road after making deliveries.

P3DG’s proposal includes an ingress/egress lane with a right-turn lane in addition to a truck loading and unloading area with a dumpster pad and includes buffer and parking lot landscaping and storm water management practices.

“All measures will be taken to ensure safety and compatibility with adjacent and nearby properties,” the permit request states.

According to the request, nighttime-friendly lighting and cut-off shields would be used to eliminate light pollution.

Jennings gets 10 years in jail