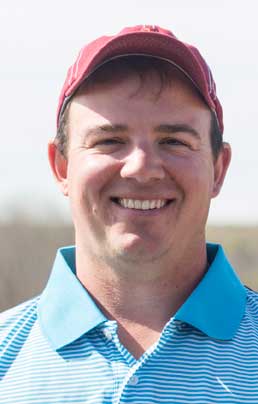 Doug Treen and Michael Zelley became the managers of the Manor in 2012, when it was brought under the new ownership of Lester Petracca.

According to Treen, the Manor brings well over $500,000 into the Farmville economy each year, is well-financed, has a positive cash flow and is committed to being here long term.

Treen and Zelley both previously worked for the Manor and believed in the facility, despite its struggles at the time.

“We’ve been involved so long that we were able to see things that weren’t working for the golf course,” Zelley said.

“We have people working for us who are committed to it,” said Treen, “who work as hard as we could possibly want them to work. They do a good job for us and we try to treat them well too, but again that is keeping people employed, keeping them in the community and helping the tax base.”

The Manor employs five full-time staff members and around 10 part-time and seasonal employees.

“We’re growing. This year has been huge for us,” said Zelley.

He said that they are adding new members all the time and that their membership options are increasing. Zelley said, “We have memberships as low as $70 a month to be a member of the golf club.”

Treen said, “We have to emphasize that we are a public golf course. We have members, but we are definitely open to the public. We encourage everybody to come in.”

A large majority of their customers are from other areas, according to Treen. He said, “Probably 35 to 40 percent of our play comes from Richmond area. We also get a lot of play out of Lynchburg, out of Charlottesville, (and) out of Charlotte, N.C.”

Not all of their customers are from out of town. The Manor has contracts with Longwood University and Hampden-Sydney College to provide services for their golf teams and for their students at discounted rates.  “It keeps us busy. They play a lot of golf. They hit a lot of golf balls, but it is a very positive thing for us and it’s also a positive thing for the colleges, because this type of golf course helps them in their recruiting. And if they can play this golf course, they can feel up to the challenge to go anywhere else they go,” said Treen.

Treen and Zelley plan to see the golf course continue to grow.

Both would like to improve the pro shop; they recently ordered new golf carts and upgraded their maintenance equipment. “We will continue to try and upgrade the golf course and to make it better,” said Treen. He said they will work to “soften the course,” to make it easier for customers who aren’t as skilled.

Zelley said that the Manor is working on starting junior golf leagues and clinics. These would be open to children in the community of all ages and could start later in the summer.

The Manor holds about 20 tournaments a year, many of which are fundraisers. They also sponsors the independent high school state championships.

With the recent news that Longwood is closing its course, the university has established an agreement with the Manor that in exchange for an annual fee of $150,000, Longwood’s men’s and women’s golf teams receive full access to the course and facilities. According to Longwood spokesman Matt McWilliams, the arrangement allows all Longwood faculty, staff and students to play the course at the Manor for the same rates they currently pay at the Longwood course. 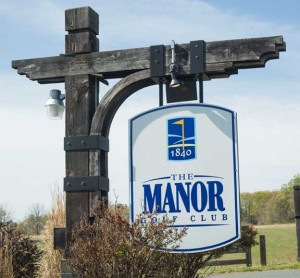