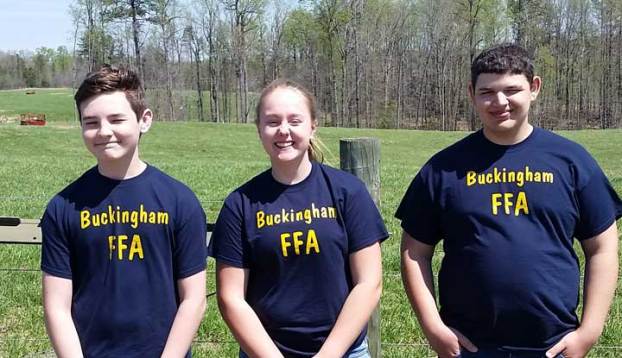 Buckingham Team A included, from left, Will Auten, Amanda Bryan and Lucas Smith.

Buckingham Team A, which placed sixth in the contest, included Will Auten, Amanda Bryan and Lucas Smith.  Trevor Agee, Brandy Snoddy, and Chandler Sexton in Buckingham Team B placed 11th.

While preparing for the contest, participants learned about cattle vaccines and how to read the labels on medicines.

FFA participants also had to ear tag the cattle and administer vaccines and dewormer. 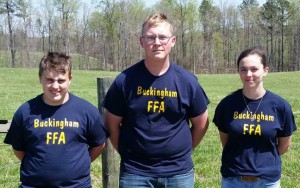 Members of Buckingham Team B, from left, are Chandler Sexton, Trevor Agee and Brandy Snoddy.

Safe handling of cattle and proper techniques were part of the criteria to be met for the contest.

The contest is based around contestants learning proper cattle handling practices that they will use in their future.

All participants were congratulated by BCHS for their accomplishments.