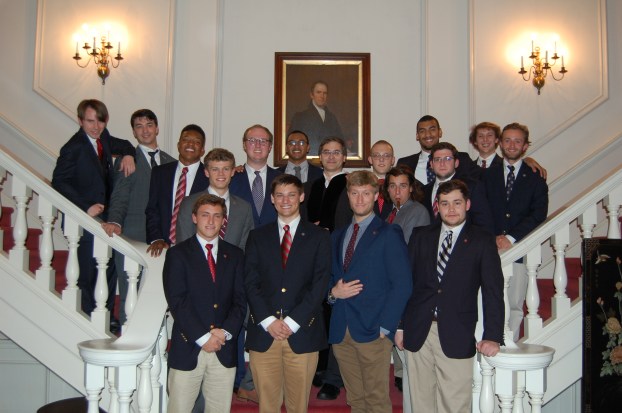 Dr. Marc Hight, Elliott Professor of Philosophy, recently led his Western culture 103 class in an interactive trial where Western Culture (as a whole) was charged with harming society by forces of imperialism.

Hight began holding these trials when he arrived on campus in 2001. “I developed the idea of a trial where each year the students would engage a prominent topic from the course in a public forum,” he said.

Previous debate topics have included colonialism, privilege, and the impact of a Confederate victory in the Civil War.

The most recent trial lasted over two hours as the teams characterized the core concepts of Western Culture and its influence on the population. Each perspective was argued before a mock jury represented by members of the H-SC community, and ultimately, Western Culture was found “guilty” by a vote of 14 to 11.

“The trial allows the students to think about ‘big picture’ developments over time and how they might impact the world today and their own futures as they move forward. I believe that the trial exercise has great benefits for both the students and the larger community. For the students, they get a chance to develop and display critical reasoning and oral rhetoric skills. The jury consists of both students and members of the HSC community — including faculty and staff … Because the feedback is largely from student and staff jurors, it is more meaningful to the trial participants. These are not the standard faculty critiques they are used to receiving, but a broader based set of comments somewhat more reflective of the wider world,” Hight said.

Sam Melson ‘18 commented, “The trial is a truly unique exercise. I have participated in debates in the past, but never have I done something like the Western Culture trial.”

By Greg Eanes Special to The Herald In the days following the terrorist attacks in Paris, Hampden-Sydney College students had... read more