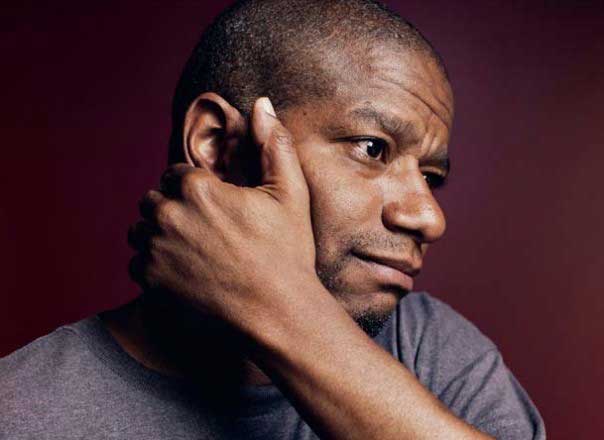 Contemporary author and poet Paul Beatty is the recipient of the 34th John Dos Passos Prize for Literature, awarded annually by Longwood University.
Beatty is known for his razor-sharp wit, which he wields to skewer racial politics, hypocrisy and sanctimony in his novels and collections of poetry. His most recent work, a novel titled “The Sellout,” has been widely hailed as provocative and unflinching.
The 52-year-old author came to prominence in the mid-1990s and quickly rose to the top of the ranks in the slam/spoken poetry community in New York City. He eventually broke out of that scene with his first novel, “White Boy Shuffle,” which was met with near universal high praise. Though he grew beyond his roots, poetry remained a driving force in his work.
“Paul Beatty is extremely willing to play with the boundaries within fiction and to do interesting things with his prose,” said Dr. David Magill, associate professor of English at Longwood and chair of the Dos Passos Prize committee. “Beatty mixes poetry, melds genres and uses humor in his narratives to ask readers to rethink preconceived notions of both form and content. He’s a wonderful writer.”
Beatty’s work, which often uses biting humor to break down cultural and racial barriers, is frequently taught at Longwood in contemporary literature and poetry classes.
“The Sellout” is Beatty’s first book in seven years and marks a return to form for the novelist.
The prize, which is awarded annually by the Longwood University Department of English and Modern Languages, is named for a talented but often overlooked 20th-century American writer. The prize recognizes contemporary writers who employ themes that run through Dos Passos’ work: an intense and original exploration of specifically American themes, an experimental approach to form and an appreciation for a wide range of human experiences.

Education is often like a pyramid: layers built upon layers, and the firmer the foundation, the more solid the whole... read more