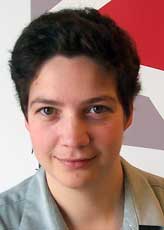 Things are looking slightly better for this year’s crop of young college and high school graduates, but it’s still tough out there.

One in eight young Virginians was unemployed in 2014, according to the most recent data available. That’s down from 1 in 7 the prior year but still more than twice the unemployment rate of all Virginians, according to a new study by the Economic Policy Institute. And almost 1 in 4 Virginians under the age of 25 was underemployed in 2014, meaning they were actively searching for work, stuck in a part-time job while wanting full-time work, or wanted to work but had given up on searching for a job.

Today’s young workers aren’t lazier or less skilled than prior generations. In fact, more Virginia workers than ever before are college graduates, and a growing share of young Virginia adults are enrolled in college. Instead, it’s happening because there aren’t good jobs that meet their level of education and skills.

To make matters worse, wages for younger workers — whether high school graduates or college graduates — are lower now than they used to be. Average hourly wages for young college graduates are 2.5 percent below where they were in 2000 after adjusting for inflation. That’s about $1,000 less a year for a full-time, year-round worker. And for young high school graduates they’re down 5.5 percent, a loss of $1,300 a year among workers who were already making relatively low wages.

Nationwide, typical wages for young college graduates are now $17.94 an hour, which would be $37,300 a year for a full-time, year-round worker. Young high school graduates without a college degree make just $10.40 an hour, or about $21,600 a year.

The tough job market facing young workers is likely to have serious long-term consequences. Research shows that graduating into a poor employment market results in a decade or more of lower earnings and more periods of unemployment. That means many of today’s graduates will still be behind where they should be in 2025.

The most straightforward way of improving the lives of today’s and tomorrow’s graduates is to make sure that overall economic and employment conditions improve. That means growing the economy through smart investments while also making sure all workers are paid reasonable wages and have decent benefits. Nationally, that means making sure we don’t prematurely put the brakes on economic growth by over-aggressive budget cutting or raising interest rates too quickly. Here in Virginia, it means investing in the basic framework that makes our state attractive to employers and families, like good schools, good roads and good communities.

We owe our young people a decent chance to succeed in life and build economic security for themselves, and we have the tools to help make sure they have that chance. Let’s use those tools so next year’s graduates, and the ones after that, are not facing the same depressing job market.