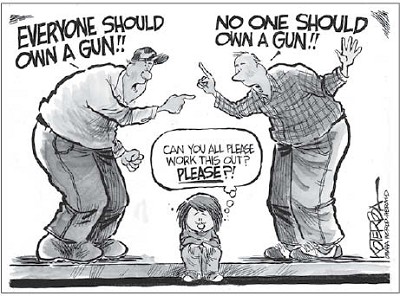 Seeing Through The Disguise Worn By Winter's Months

The last words of this editorial were typed on a day as rare as forgotten memory, one that saw dawn rainfall spread sprinkling and pouring across the morning into late afternoon. And for the sixth day in the last seven.

A glorious wet, gray day, cold and damp, demonstrating how emphatically a lack of rain can turn our notion of a beautiful day inside out-even when the sun goes five days without shining.

January typically resembles a month drenched in drought-like conditions, even when sodden. The season is like that. Leaves have fallen, so much has turned a grayish sort of brown, the rebirth of spring a closely held secret deep down inside the plants, so far down we could not find them were we to spend a month looking. January only gives glory to our eyes in the snow-which the rain turned into-until the snow begins to melt and January seems to melt away, too.

Disguising a month of drought is easily done by calling it November or December, instead, or, as the month and the new year began, January. One doesn't see the drought conditions because winter, itself, resembles a drought of great severity.

The November precipitation recap from WFLO, the National Weather Service's Official Cooperative Observer for our area, made it as clear as a falling raindrop that December's lack of eye-pleasing plumage was appropriate to the season as the calendar changed to January, and also the continued deficit of rainfall-which stood at approximately eight inches for 2012.

On average, over three inches of rain falls in November. In 2012, only .54 of an inch fell during the month of Thanksgiving. The third week of January, by comparison, had about .54 inches of rainfall every 12 hours.

Around-the-clock answering of prayer. We needed rain, and still do, despite the week-long cloudburst that climaxed in snow.

There will be no immediate green flowering of the landscape, of course, with most of the natural world deep in its winter dozing. Spring, however, if such winter rainfall continues, will be stupendous for long walking. Though there is no need to wait. Wintertime wanderings speak for themselves-in ways other seasons cannot-for those who don't lock themselves inside and out of nature's reach. Every season is special, distinct. That's what makes them seasons, after all.

Despite an appearance that seems, initially, to be deep in demise, something Edgar Allen Poe might write and title, The Fall of the House of Nature, the next two months of winter have much to offer the eye and the soul for anyone willing to consider the world, and themselves, through this different and seemingly dilapidated lens.

There is no better description of what we find than the words of Kenneth Grahame in The Wind In The Willows' “The Wild Wood” chapter, the Mole going out alone to find Mr. Badger:

“It was a cold still afternoon with a hard steely sky overhead, when he slipped out of the warm parlour into the open air. The country lay bare and entirely leafless around him, and he thought that he had never seen so far and so intimately into the insides of things as on that winter day when Nature was deep in her annual slumber and seemed to have kicked all the clothes off. Copses, dells, quarries and all hidden places, which had been mysterious mines for exploration in leafy summer, now exposed themselves and their secrets pathetically, and seemed to ask him to overlook their shabby poverty for a while, till they could riot in rich masquerade as before, and trick and entice him with the old deceptions. It was pitiful in a way, and yet cheering-even exhilarating. He was glad that he liked the country undecorated, hard, and stripped of its finery. He had got down to the bare bones of it, and they were fine and strong and simple.”

Many of know us know just what Mole was feeling. We can, in a way, walk more deeply into our own humanity by losing ourselves for a morning or an afternoon on some trail through the winter woods or by the side of a river when nature's wonders have all seemed to disappear for a season, like a melancholy mood that can't be shaken, only to discover more resonate beauty that won't ever make the cover of any fashion magazine but will never be surpassed or go out of style.

So pray for continued rain as January turns into February, and follow in Mole's footsteps. You will find what you are looking for, torn with illumination, tumbled as an orphan from the sun, shining now inside you into undiscovered places with unexpected light.

Just as the sun did shine during that week of rain, shining brightly on the other side of the clouds, driving the dark of night away and letting us see the beauty there beside us.

Don't be Punxsutawney Phil-get out of your hole and don't fear your own shadow. It's just the sun shining, or clouds filled with glorious rain.

The Obama administration rightly used The Force on a request from more than 34,000 people to build a “Death Star.”... read more